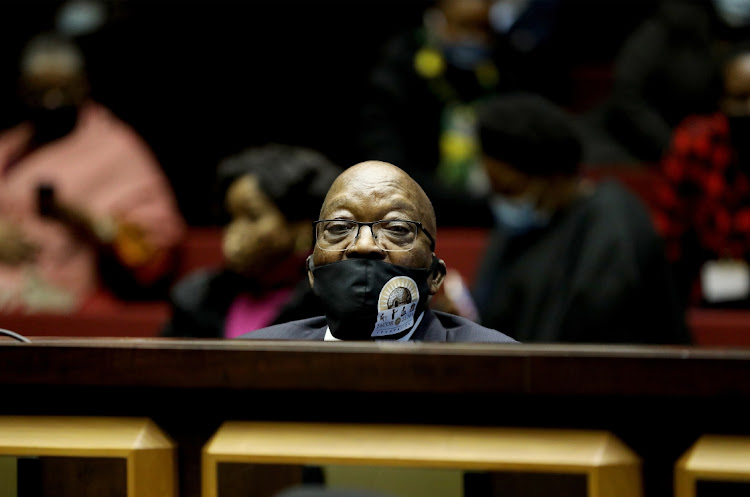 Former president Jacob Zuma did not make an appearance in the high court on Tuesday.
Image: SANDILE NDLOVU

The criminal proceedings against former president Jacob Zuma and French arms manufacturer Thales have been postponed to February 23 next year.

Zuma and a representative from Thales were not in the dock. Radebe said both were excused with the court's permission.

She said there were outstanding technical matters relating to pre-trial issues, such as:

Radebe said Thales's civil review application for clarity on the racketeering charges against it must be finalised by February 23.

Zuma is accused of receiving an annual bribe of R500,000 from Thales for protection from an investigation into the controversial multibillion-rand arms deal.

Former president Jacob Zuma was on Friday scheduled to appeal a court ruling that declared he must pay legal costs running into millions of rand from ...
News
1 year ago

Former president Jacob Zuma has called on his successor President Cyril Ramaphosa to come clean over whether any of his companies did business with ...
News
1 year ago
Next Article