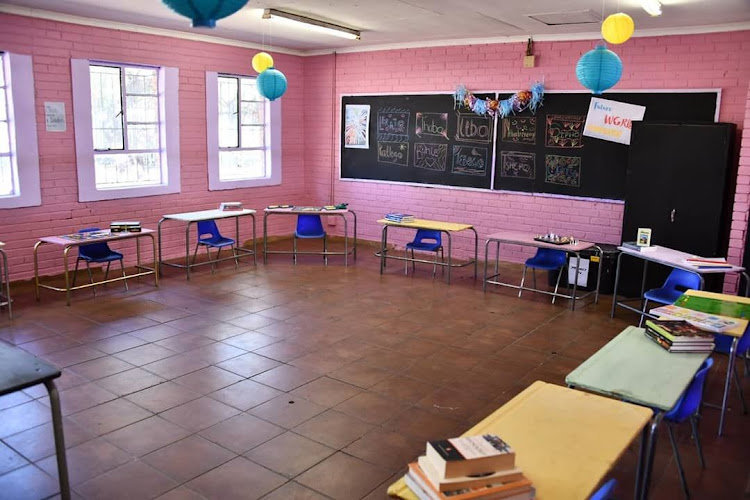 One of the revamped classrooms that Mandisa Jiyane holds her workshops and sessions in.
Image: Supplied

Mandisa Jiyane’s desire to help others birthed a much needed non-profit organisation.

Jiyane is the facilitator and founder of The Pink Forum, an NPO that aims to help young people living in disadvantaged communities to overcome the hurdles of the lack of resources and infrastructure in schools as well as socioeconomic challenges.’

The organisation has launched "Pink Rooms" at selected schools. The room is an actual revamped classroom ,renovated by the organisation, where learners  will be exposed to "empowerment activities and skills-acquisition opportunities". One of these rooms can be found at  Jiyana Secondary School, a public school located in Tembisa.

The Pink Forum is a year old and is Jiyane’s passion project, something that she has been thinking about for years. She actually wanted to be a social worker but the faculty was full. She eventually studied towards a marketing qualification from Boland College in Stellenbosch.

Before she started the NPO, she used to host workshops in public high schools, and called them self-care and self-love workshops. 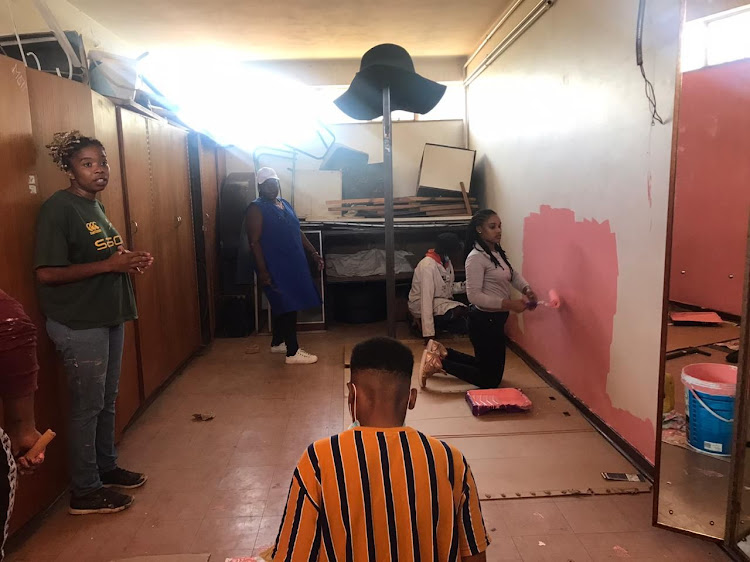 The Pink Forum team working on a classroom.
Image: Supplied

The Soweto-born Jiyane, 26, says she came up with The Pink Forum to help deal with the broad issues that the children raised. These issues ranged from feeling secure, safe and acknowledged in the family unit. Other issues that came up were gender-based violence, disclosures around HIV and AIDS and sexual harassment.

“So many of them would talk about so many intense issues. I would then [think] you’re telling me all these things but I how do I help you? I can’t help you after [the workshop],”she says.

Jiyane works with six other people, Njabulo(21) and Tebogo(23), who mainly work with the revamping  of the classrooms which are called Pink Rooms, Vuyiswa(19), who plans events and does the communications, Aviwe, a matriculant, who helps with the social media and two social workers, Puleng and Kgomotso. She has recently partnered with a co-operative of social workers to help cut the referral process.

“The other day a teacher said that she referred three kids about a year ago and only got a response now, so you can imagine what has happened since because there was no intervention. So that’s why having social workers helps because they are able to refer to different departments or any other social reports that the kids need,” she says. 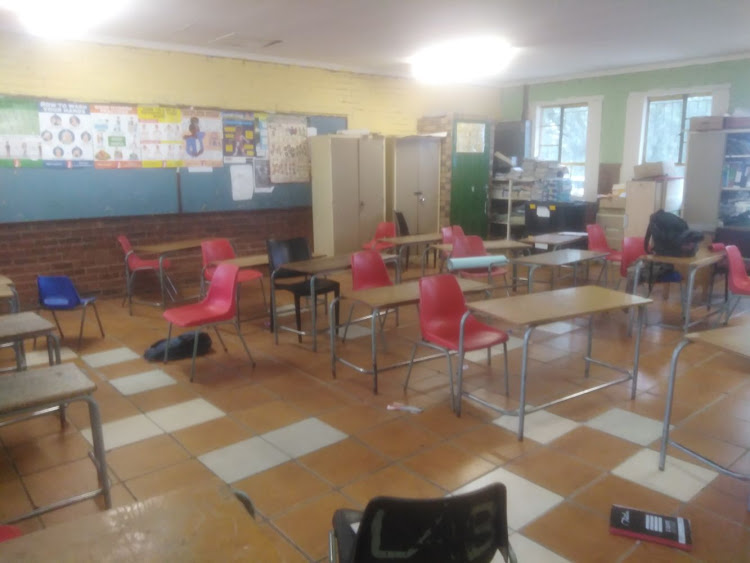 What the classrroom looked like before the revamp by the Pink Forum team.
Image: Supplied

There have been hurdles in Jiyane’s path. Her NPO has been faced with a lot of resistance, she says. Especially from staff members at certain schools, most of whom think that she is not serious about helping due to her age.

“Everything is highly political as well… another challenge is obviously  funding. It’s becoming quite costly to run the programmes.”

Jiyane says that vetting systems have been the biggest stumbling block.  Her wish is that the Department of Basic Education have simpler polices for NPO.

“It really takes a lot to get into a school. They really have stringent policies in regards to NPOs  operating at school. I have been lucky to come across principals who do understand and then relay the message to SGBs,...[normally] it would take me about 2-3 years. There are so many people who have approached me and said that they have programmes that they want to do.. but they can’t tap into schools because there are so many stringent policies that don’t allow us as  NPO.”

Jiyane says running the project is costing her about R50,000 a month. She says they rely on donations and the money that she makes as a freelance photographer that she puts towards the programme. For now the two social workers are working with her for free.

Miscarriage is rarely seen as something that befalls a couple. Due to our societal conditioning and the fact that it is the woman that actually ...
Good Life
11 months ago
Next Article