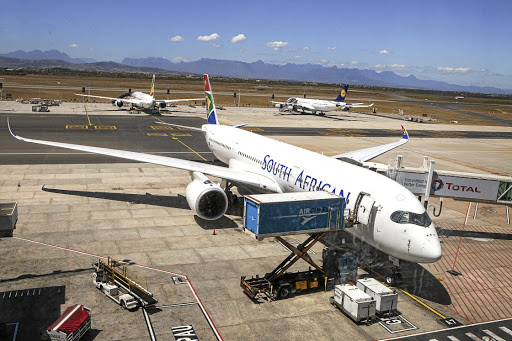 The public enterprises department has urged SAA labour unions to finalise the business rescue process, including the full and final settlement of deferred salaries for employees.

It also accused “certain unions” of “deliberately undermining the process”. These unions “seem to be in alliance with opposition parties to undermine the business rescue process,” the department said in a statement on Monday night.

Spokesperson Richard Mantu said the government had to make deep cuts to its delivery programmes to ensure the R10.5bn released by the National Treasury was made available.

“Further, the voluntary severance packages made available to departing SAA employees had ensured that these employees are not left destitute on leaving SAA.

“The unions are reminded that SAA had to reduce operations from March 2020 to preserve funds as the R5.5bn post-commencement funding that had been advanced by the government was diminishing with Covid-19 wreaking havoc on the airline industry, eventually leading to the business being placed into care and maintenance,” said Mantu.

The department called on the labour unions to negotiate in good faith not only save the airline but to enable SAA employees to receive their unpaid salaries in time for the festive season.

The National Union of Metalworkers of South Africa turned to the labour court on Thursday seeking an urgent interdict to stop retrenchments at Comair.
News
1 year ago

Departments losing out to SAA features highly, as does a long-term plan for bringing down the country’s debt burden
News
1 year ago
Next Article