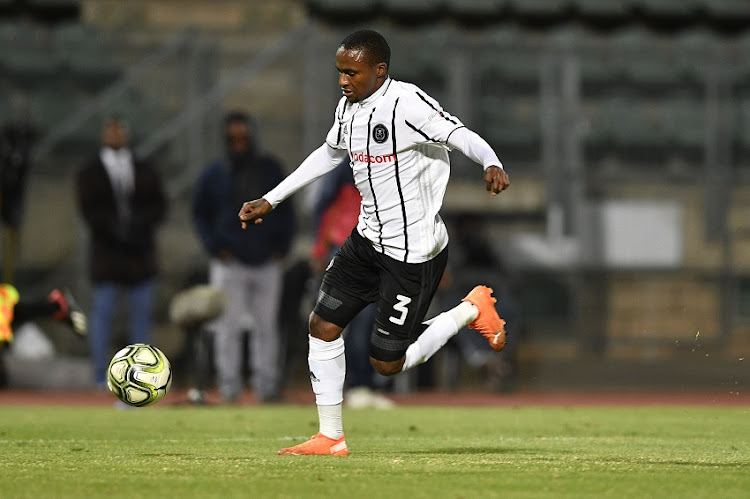 Thembinkosi Lorch of Orlando Pirates during the Absa Premiership match last season. The player is accused of assault by his lover.
Image: Lefty Shivambu/Gallo Images

Orlando Pirates midfielder Thembinkosi Lorch, who made a brief appearance at in the Midrand magistrate's court on Tuesday, is set to return to court on January 19 after his case was postponed.

"Nyoso", as he is famously known by soccer fans, was arrested in September on allegations of assault against his girlfriend Nokuphiwa Mathithibala in Midrand, Johannesburg.

The 27-year-old midfielder was later charged with assault with the intent to cause do grievous bodily harm and was released on R2,000 bail.

According to newspaper reports, Lorch allegedly slapped and strangled Mathithibala after she asked him where he had been, following his absence for six hours.

National Prosecuting Authority (NPA) spokesperson Phindi Mjonondwane has confirmed that Lorch appeared in court on Tuesday morning but and that his case was postponed to January 19.

"Yes, he did appear in court but his case has been postponed again," she said.

Orlando Pirates have begun an immediate investigation into the conduct of midfielder Thembinkosi Lorch after it was revealed that he is facing ...
Sport
1 year ago

Soccer star gets R2,000 bail after 'assault at home' on woman

Orlando Pirates player Thembinkosi Lorch was on Monday released on R2,000 bail after allegedly assaulting a woman in Johannesburg.
News
1 year ago
Next Article