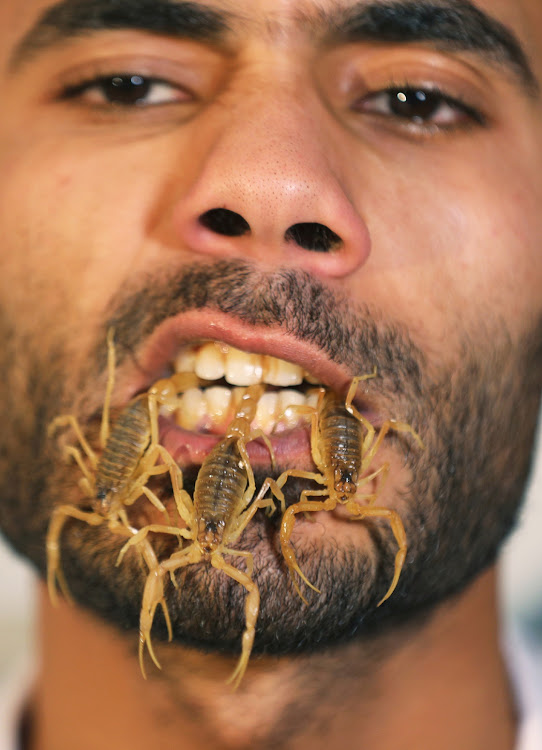 Cairo - Several years ago, a young Egyptian man abandoned his degree in archaeology to hunt scorpions in the country's deserts and shores, extracting their venom for medicinal use.

At just 25 years old, Mohamed Hamdy Boshta is now the owner of the Cairo Venom Company - a project housing 80,000 scorpions in various farms across Egypt as well as a range of snakes, also kept for their venom.

Caught using a coloured UV light, the scorpions are exposed to a tiny electric current to stimulate the release of the venom, one gram of which can produce between 20,000 and 50,000 doses of antivenom.

A gram of scorpion venom can fetch $10,000 and Boshta exports it to Europe and the U.S. where it is used to make antivenom and a range of other medicines, including for conditions such as hypertension.

WATCH |The snake rescuer sharing the most effective anti-venom

Most people stiffen at the sight of a beady-eyed, slithering snake.
SebenzaLIVE
2 years ago

Durban’s heavy rainfall is likely to bring to the surface certain potentially dangerous snakes, as well as less harmful ones
News
2 years ago
Next Article