The ANC 'increasingly appearing like a party at war with itself': Ramaphosa 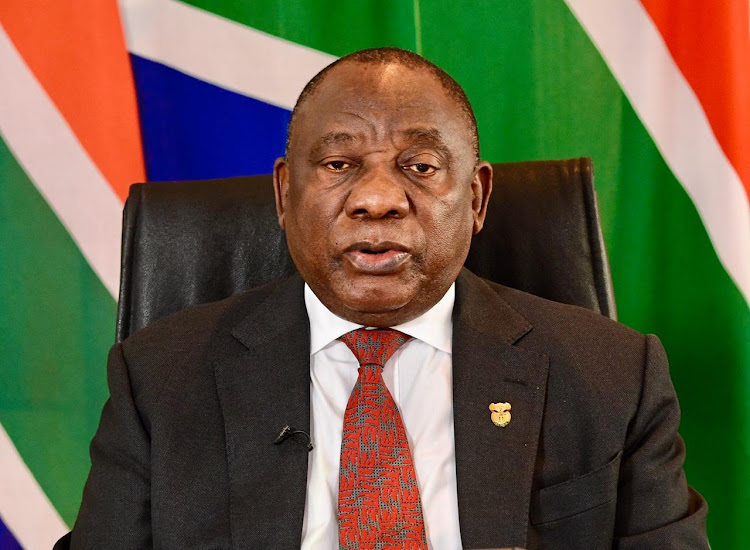 The ANC is “increasingly appearing like a party at war with itself”.

This was the frank message ANC President Cyril Ramaphosa delivered to the meeting of the party's highest decision-making body between conferences, the national executive committee, taking place virtually.

Ramaphosa was presenting his political overview to set the tone of discussions for the NEC meeting that started on Sunday and was due to end on Tuesday.

Ramaphosa told the meeting that the ANC has thus far failed to meet one of the targets it had set for itself at the beginning of 2020, which was to “build a movement united in action”.

The divisions within the governing party were now “pronounced most at leadership level”.

“The period after the 54th national conference was characterised by greater cohesion and unity of purpose within the organisation, but now divisions are becoming more apparent and factions are emerging once again.

“These divisions are manifesting themselves not just in our structures, but in public demonstrations of dissent and discord. In recent times, we have witnessed statements and actions that are alien to the practices, culture and values of our movement.

“We increasingly appear like an organisation at war with itself. We need to ask ourselves whether we are still committed to the mandate we were given by the conference “to unite and renew the movement,” said Ramaphosa.

While calling for unity of the ANC, President Cyril Ramaphosa said it was also important  to provide constructive criticism when party members erred
News
1 year ago

The debate on the African Transformation Movement's motion of no confidence in President Cyril Ramaphosa will no longer take place on Thursday and is ...
News
1 year ago

He said the ANC was so divided at leadership level that it was finding it difficult to implement some of the resolutions taken at its 54th national conference in 2017, including that leaders facing criminal charges and other allegations of wrongdoing should step aside from their positions until they had cleared their names.

Several ANC leaders such as secretary-general Ace Magashule and parliamentary home affairs chairperson Bongani Bongo have refused to step aside despite both facing corruption charges. They have questioned the legality of the step aside resolution.

Ramaphosa told the meeting never had they imagined that the ANC would one day be sitting in a meeting to discuss five different  pieces of legal advice on their resolutions.

“In the documentation for this NEC, we are provided with no fewer than five legal opinions on the implementation of our so-called ‘stepping aside’ resolution. I am certain that there are none among of us who ever would have said that the deliberations of the national executive committee would have come to this.

“We have sought these legal opinions and they may assist us in clarifying what is not certain to some among us. But if we are to reflect on the proud and glorious history of our movement over more than a century — on the great leaders who have guided it through the most difficult and perilous times — it is difficult not to see these five legal opinions as an indictment of the movement we have become.

“Yet it need not be that way. We are the leadership of the African National Congress.”

With the SA economy showing signs of stability, government will now shift its focus from relief measures to implementing a recovery plan, President ...
News
1 year ago
Next Article