Scores of drunk drivers arrested, shebeens and liquor outlets shut at the weekend 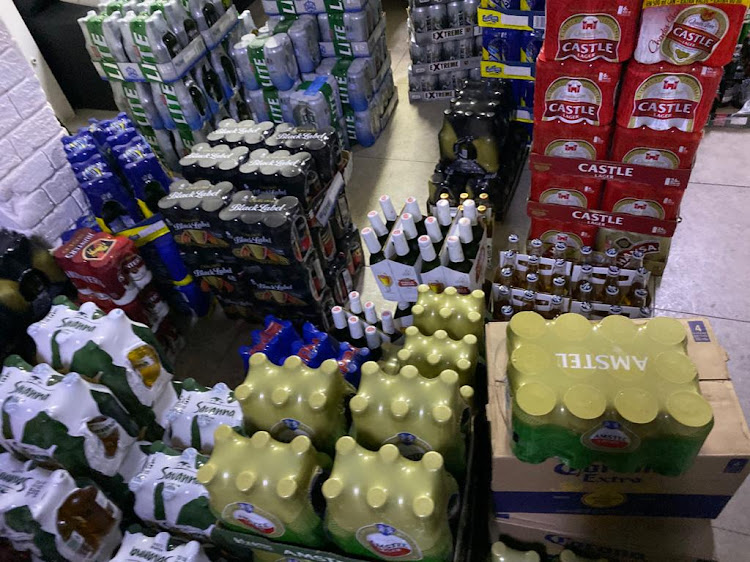 Several liquor outlets were shut down and alcohol confiscated during a safer festive season operation in Gauteng at the weekend.
Image: Saps

Scores of people were arrested for drunk driving and several shebeens and liquor outlets were shut down during an operation at the weekend, Gauteng police said on Monday.

Police spokesperson Capt Mavela Masondo said more than 200 suspects were arrested and illegal liquor outlets were closed during a safer festive season operation in Soweto at the weekend.

At a roadblock around Soweto, more than 20 people were arrested for drunk driving. Officers also recovered illegal liquor, unlicensed firearms and ammunition.

In Dobsonville, police shut down a popular liquor outlet and arrested the owner after it was found to be operating illegally, Masondo said.

“The place was found packed with patrons who were not observing social distancing and not wearing masks.”

At a shebeen in White City, Jabavu, police found more than 100 people not wearing masks and not observing social distancing.

Masondo said the shebeen was operating “way after” the curfew time. The owner was arrested and liquor was confiscated after it was found the outlet did have a permit to operate, he said.

On the West Rand, 168 people were arrested, 171 in Ekurhuleni, 522 in Tshwane and 120 in Sedibeng for crimes including murder, rape, possession of stolen goods, assault with intent to cause grievous bodily harm, possession of an unlicensed firearm, house breaking, theft, assault, kidnapping and fraud.

New Covid-19 restrictions have forced all the Eastern Cape districts to withdraw from the Spar National Netball Championships that start in a ...
Sport
1 year ago

Health minister Zweli Mkhize on Sunday called on all those who attended matric rage parties across the country to immediately go into a 10-day ...
News
1 year ago
Next Article