Teacher union is going to court 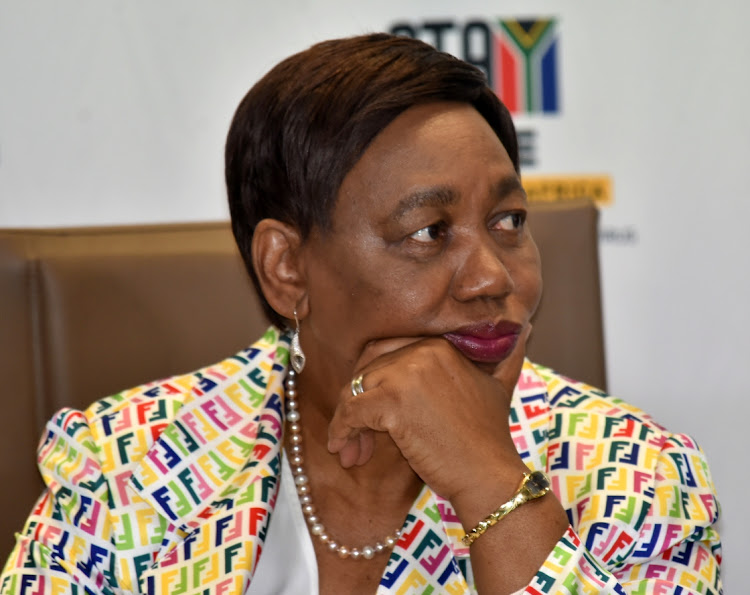 The department of basic education is bracing itself for a bitter fight with one of the biggest teachers' unions over its decision to order a rewrite of two matric exam papers that were leaked.

Basic education minister Angie Motshekga announced on Friday that mathematics paper 2 and physical science paper 2 will be rewritten on December 15 and 17,  respectively, to protect the integrity of the examinations.

Explaining  how the department arrived at the decision, Motshekga said the “viral spread” of information on the cyber networks made it impossible for the department to identify the number of learners who had had access to the leaked question papers.

But the SA Democratic Teachers Union (Sadtu) is angry at Motshekga’s decision and plans to file papers in the Pretoria high court on an urgent basis to stop the rewrite.

"It is our strong view that the department of basic education cannot take a unilateral view to compel close to 400,000 learners to rewrite on the basis of an inconclusive investigation which in any case indicates that only about 195 learners could have been exposed to the leaked papers. We are saying it is unfair to compel learners who had already written under difficult Covid-19 circumstances to rewrite the examinations and go through the anxiety that we saw both learners and teachers go through once again,” said Xolani Fakude, head of the union’s secretariat.

He warned that the union would do anything in its power to express its rejection of the department’s decision.

“Depending on how the court reacts to our urgent matter tomorrow, we are going to convene an urgent national executive committee … where the leadership collectively will then decide (on the way forward). On matters like this, as Sadtu we are generally prepared to do whatever it takes,” Fakude said.

A 31-year-old man appeared before the Johannesburg magistrate court after he was arrested for the alleged theft of a 2020 matric mathematics exam ...
News
11 months ago

Sowetan's sister publication, Sunday Times, reported yesterday that 134 out of 195 pupils found to have had access to the question papers were among top achievers in the country and were being tutored at Stellenbosch University.

Legal expert Stephen Tuson said the public should expect a day or two to allow the department an opportunity to properly oppose the union’s application.

“The judge has to make a decision. To simply serve a notice on the department of education does not in any way stop the rewrite of the exam. They [the department] can carry on until the moment the judge makes an order.

“It is the court that will stop the exam. But you can have an interim order where the judge will say for now I’m stopping the exams and I am allowing the parties to properly argue the matter in full and I will make a final decision (at a later stage),” Tuson said.

Themba Daniel Shikwambana, an employee of the company that printed question papers, is out on bail for the maths paper 2 leak.

Basic education spokesperson Elijah Mhlanga said if only those pupils who were identified to have seen the paper ahead of its writing were compelled to a rewrite, there was still going to be a problem.

“They were going to say how do you know that other people did not have access to the question paper. And when you say it is a national rewrite, someone challenges you. It is a situation that we’ve planned for. Our legal team has considered all possibilities in terms of what the response from the department is going to be once the court papers are received,” Mhlanga said.

National Professional Teacher's Organisation of SA (Naptosa) said the term “viral” used by the investigators conjured up the belief that papers splashed all over social media, while there was no such evidence.

“We are still in the process of convincing the department of basic education that the decision is flawed,” Manuel said, adding that they supported Sadtu's court action.

But the Professional Educators Union general secretary Ben Machipi said rewriting was the only fair course of action for pupils.

The Congress of South African Students is also against the rewrite and has called on pupils to boycott the exams.

Only cheats should rewrite exams

It would be unfair for the whole matric class of 2020 to have to rewrite the maths exam paper that leaked last week.
Opinion
1 year ago

Teacher unions have taken aim at district officials, blaming them for the matric exam paper leaks.
News
1 year ago
Next Article