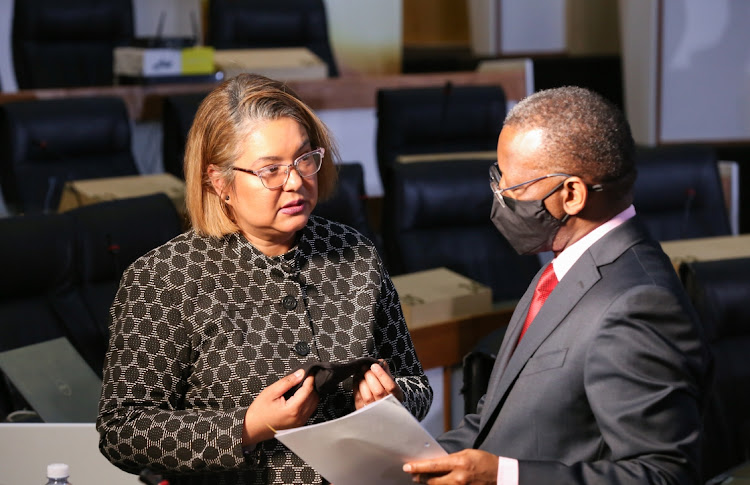 Former Eskom group secretary Suzanne Daniels has had to send her daughter to live overseas after threats to her life after exposing details about dodgy deals at the power utility.

Before giving evidence at the state capture commission on Monday morning, Daniels, who later became the company’s head of legal and compliance, addressed judge Raymond Zondo about the threats and other repercussions she has had to face after her first round of giving evidence to the commission in September.

At her first appearance, Daniels blew the lid on how former Eskom CEO Matshela Koko introduced her to Gupta family associate Salim Essa, who told her about an impending suspension of managers at the power utility. This allowed the Guptas to lay their hands on crucial contracts with the power utility. However, Koko has denied this.

Reading from a self-written statement this morning, Daniels told Zondo that since her September evidence she and her family have been attacked by people they don’t know.

“I’ve received both negative and positive feedback. Since making my disclosures about state capture at Eskom I’ve been maligned and attacked as this disgruntled former employee and opportunist who is seeking some form of redemption. What’s particularly galling is that the parties who set out to crucify me and paint me as the villain are part of the group who are beneficiaries of the proceeds of state capture. What I did not realise is how close being a whistle-blower is to being a scapegoat,” said Daniels

She said in previous evidence she admitted to mistakes that she made and took ownership of her actions.

“My admissions are marked against my name ... There are people with greater power than me who benefited from their actions and these are the same people who use my name as a scapegoat for their wrongdoing. I have nothing. I’ve lost everything. I may not be able to work in my profession again. Financial and professional ruin often affects the lot of a whistle-blower and not to mention death threats. My daughter is now abroad because of the death threats we receive,” said Daniels.

Eskom whistle-blower Suzanne Daniels has been dismissed.
News
3 years ago
Next Article