WATCH | Hearse and coffin go up in flames in Paarl 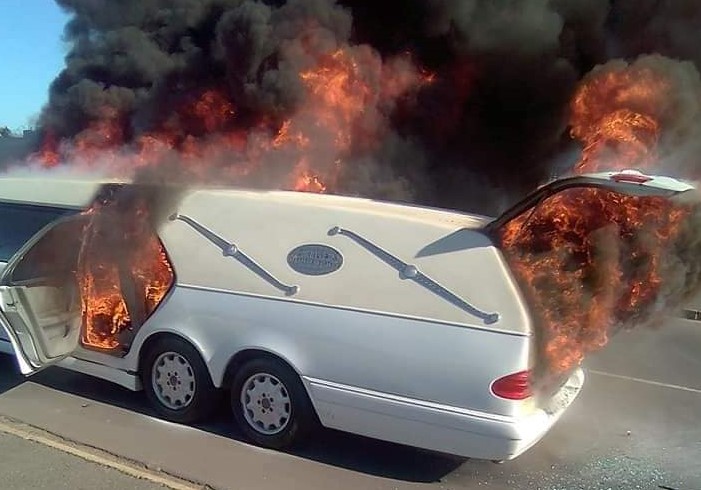 A hearse carrying a body goes up in flames in Paarl, Western Cape, on December 5 2020.
Image: Facebook/Rich-Heart Ramashia

A hearse transporting a corpse went up in flames in Paarl, Western Cape, on Saturday morning.

Hearse on fire: Paarl, Western Cape. There was a body inside: it was en-route to be viewed by the family. pic.twitter.com/p6zyBpxWbO

Both the hearse and the coffin were destroyed but the body inside the coffin did not suffer damage, said Drakenstein municipality spokesperson Riana Geldenhuys.

“Drakenstein municipality’s fire services responded to a fire call involving a hearse at 8.14am ... in Broadway Street in Paarl East,” said Geldenhuys. 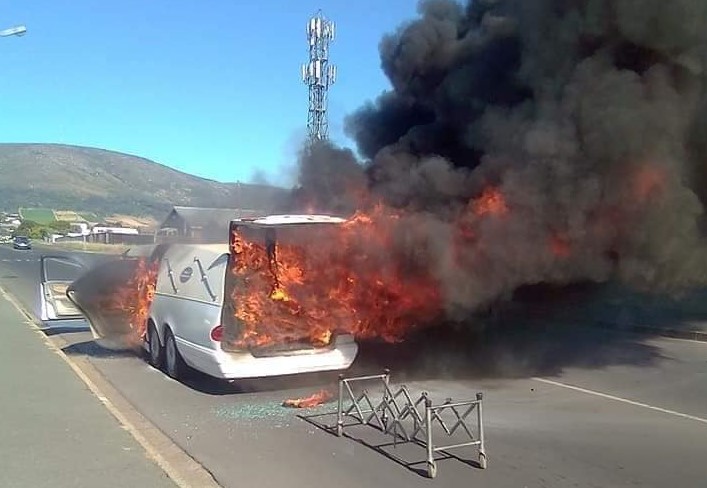 “When the firefighting vehicle and firefighters arrived on the scene they discovered that the hearse, with a body of a deceased person in a coffin inside, was on fire. They went on to extinguish the fire as speedily as possible.”

Geldenhuys said the hearse was severely damaged in the fire. 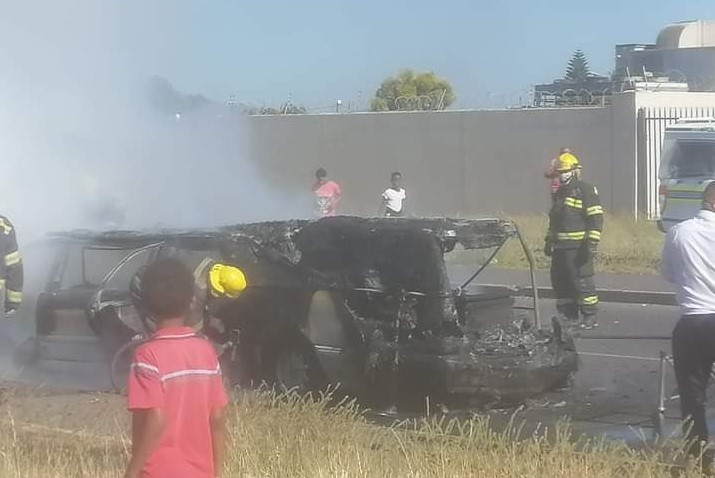 The remains of the hearse that caught fire in Paarl, Western Cape, on December 5 2020.
Image: Twitter/Yusuf Abramjee

"The municipality apologises for any possible distress caused by our earlier report. The cause of the fire is unknown, and is being investigated by the SA Police Service.”