Man sentenced to life for the death of his wife, son 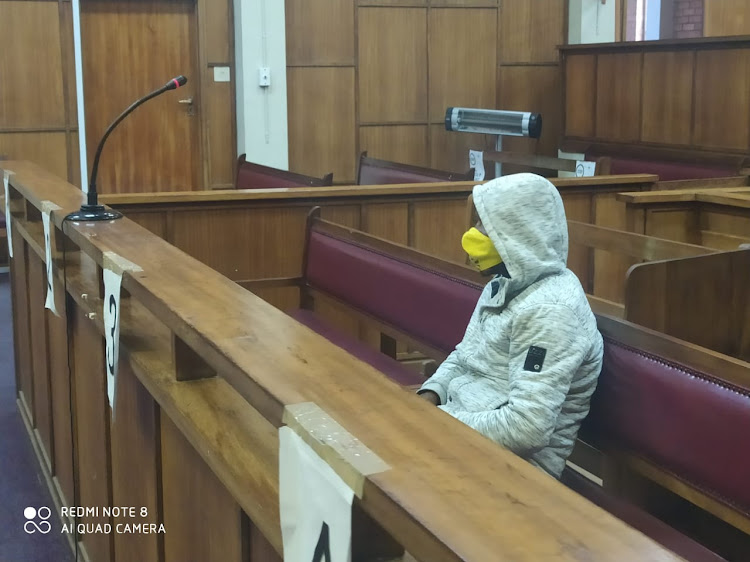 Daniel Dipheko was on Monday sentenced to life imprisonment by the Northern Cape High Court for the murders of his wife, their son and attempted murder of their other children as well as arson.
Image: Supplied

A Galeshewe man was sentenced to life imprisonment for the deaths of his wife and 16-year-old son at the Northern Cape High Court on Monday.

Daniel Dipheko was accused of setting his wife and four children alight after he suspected her of cheating on him. He faced  two charges of murder, three charges of attempted murder and one charge of arson.

On the night of December 12 2018, Dipheko and his wife, 43-year old Abigail Mathuto Mogadile, got into a row when he accused her of having an affair. Mogadile denied she was having an affair, but Dipheko then interrogated the children, who all denied the accusation.

Dipheko doused his wife with petrol and set her alight. The house caught fire, and 16-year old son Tshepo Mogadile was unable to escape the blaze and was killed. His mother died later in hospital on the same day.

The other children, Ntebaleng, Tshepiso and Kutlwano Mogadile also sustained burns, but were saved from the raging fire by neighbours.

During the trial, senior state advocate Anel Stellenberg argued that the murder had been premeditated, as Dipheko had had to go and buy the petrol first. She said he had shown no remorse for his actions, as he had forced his children to re-live the horrific day by having to testify against him.

The mother of the late Coligny teenager, Matlhomola Mosweu, is a heartbroken woman whose life has been turned upside down again just 12 months into ...
News
1 year ago

The mutilated body of a three-year-old boy was found in Thembalihle in Estcourt, KwaZulu-Natal, on Friday.
News
1 year ago
Next Article