Man survives after being 'thrown off' bridge by angry community members 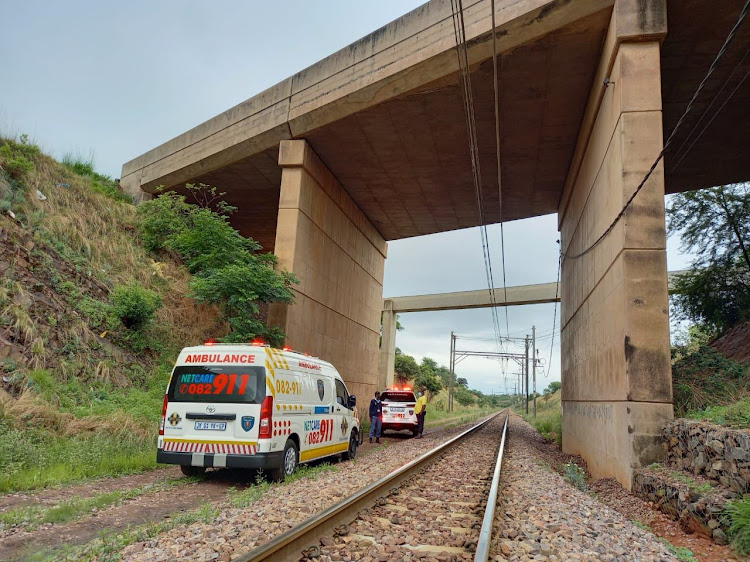 According to witnesses, the man was thrown off the bridge by angry community members, Netcare 911 said.
Image: Netcare 911

A man was allegedly thrown off a bridge in Roodeplaat outside Pretoria at the weekend, emergency services said.

Netcare 911 spokesperson Shawn Herbst said the man was found lying “in pain” next to railway tracks on Saturday morning.

“According to witnesses, the man was thrown over the bridge by angry community members,” Herbst said.

He said the man sustained serious injuries and was transported to hospital.

#CrimeStats: More than 1,000 people murdered in Gauteng in 3 months

A total of 26 people were killed in domestic violence and love triangles in Gauteng between July and September this year.
News
1 year ago

Several senior ANC leaders found themselves in the middle of a brawl between the police and Ace Magashule’s supporters outside the Bloemfontein ...
News
1 year ago
Next Article