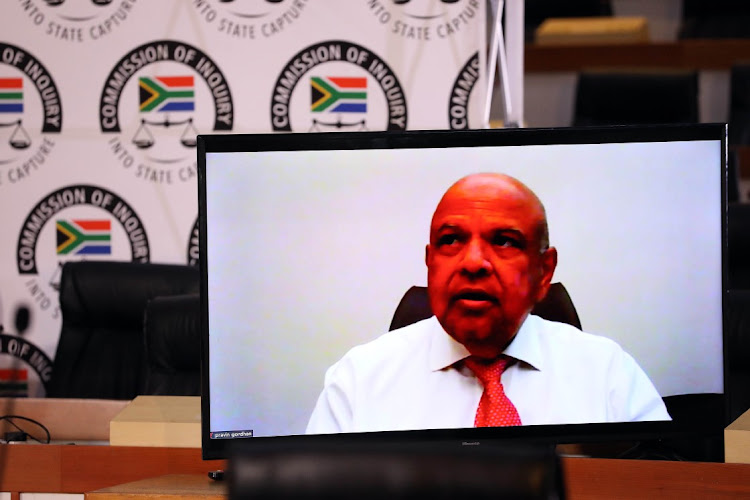 The cross-examination of public enterprises minister Pravin Gordhan got off to a rough start at the State Capture commission, with the minister complaining twice that he was not allowed to finish answering questions posed to him.

On numerous occasions, Gordhan and Mpofu spoke over each other, with the minister complaining to the chair of the commission, deputy justice Raymond Zondo, that he was not allowed to finish his answers.

Mpofu hit back, saying his questions needed a yes or no, not an elaborate explanation and warning Gordhan that it would help him and the commission if he responded by agreeing or disagreeing.

Gordhan told the state capture commission in November 2018 that Moyane laid a criminal complaint against him to advance his own interest of state capture.

He accused Moyane of acting with malice when he took legal action against him, approving the early retirement of Sars deputy commissioner Ivan Pillay.

Mpofu asked Gordhan if one accuses another person of practicing or pursuing state capture they needed to have evidence backing that accusation as state capture was despicable, after another moment of speaking over each other Gordhan responded by saying conclusions could also be drawn from perception.

Mpofu also asked Gordhan if his relationship with Moyane could be defined as hostile. Gordhan responded by saying "not necessarily", which prompted Mpofu to say it was in Gordhan's own words that the relationship can be defined as that of hostility.

Gordhan then explained that the relationship had developed into one of hostility as he had not known Moyane before he was appointed as the Sars commissioner.

The cross-examination continues. i