Judge lashes magistrate who locked up defence lawyer for 'disrespect' 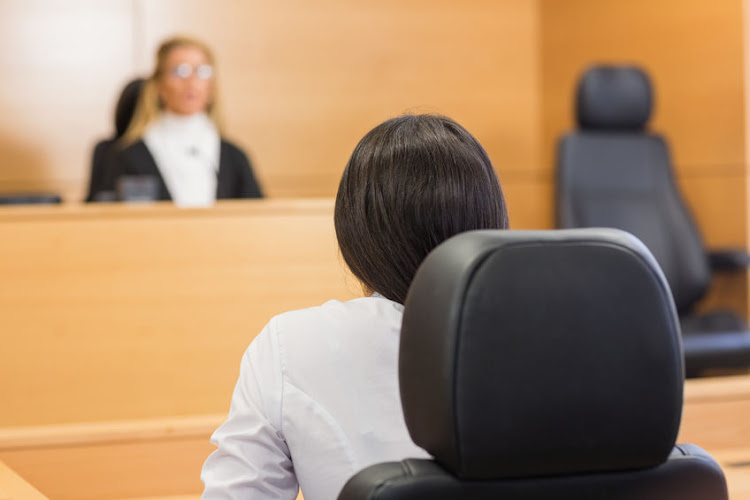 A candidate attorney was locked up by a Port Alfred magistrate for refusing to represent a man convicted of assault. File photo
Image: 123rf/Wavebreak Media

A lawyer who arrived at court to defend her client was locked up after refusing a magistrate's instructions that she should represent another man being sentenced for assault.

Judge Judith Roberson said the unnamed magistrate who locked up the candidate attorney, whom she identified as Ms N December, was guilty of a “gross irregularity”.

In her judgment on Tuesday, Roberson added: “It goes without saying that to deprive a person of their liberty, even for a short period, is an extremely serious matter.

“A judicial officer simply cannot order the detention of a person in such a fashion without having in mind the exact statutory power invoked and without giving the person to be detained an opportunity to address the court in relation to that particular statutory power.”

Acting chief magistrate Manesa Zondo wept in the Delmas magistrate's court yesterday as he revealed that he had received death threats.
News
1 year ago

Roberson set aside the October 29 proceedings during which the magistrate asked a police officer to lock December in the cells after saying she had been disrespectful.

According to the judgment, the magistrate's court stand-off began after the prosecutor, who had secured a conviction of assault with intent to do grievous bodily harm, said December was standing in for another Legal Aid attorney during sentencing proceedings.

“Ms December informed the magistrate that she had strict instructions from her manager that she was not to deal with the matter. She stated that she was at court only to deal with her own part-heard matter and that all other matters were to be postponed,” said Roberson.

“She said she was not familiar with [the case] and that it would be unethical for her to proceed with the matter. She had not consulted with the accused and if he was sentenced to a custodial sentence, so she stated, there would be serious consequences for her.”

The magistrate refused to take no for an answer and insisted December should cross-examine a doctor who was in court to testify about the assault victim's injuries.

“Ms December repeated that she was subject to the instructions of her manager to which the magistrate replied that the manager did not control the court,” said Roberson.

“The magistrate told her that she needed permission to withdraw and could not withdraw without a valid reason for doing so.”

Legal experts believe chairperson of the State Capture Commission Raymond Zondo may issue a warrant of arrest for Jacob Zuma for being in contempt of ...
News
1 year ago

After hearing the doctor's evidence, the magistrate asked December if she wished to begin her cross-examination. "[She] stated that she had withdrawn as attorney of record,” said Roberson.

As the conflict escalated, the magistrate told the attorney: “That amounts to disrespecting the court. I do have powers to deal with somebody who does not have respect for court. If you want me to do that I will.

“If you are telling me that is unethical then you can take me to the Magistrates Commission, I am giving you permission, because I am also going to take you to the Law Society as well.”

When December said she had no response, the magistrate said: “I am not going to be disrespected by you. I am left with no option but to take you to the cells.”

When she released December later in the day, the magistrate gave her another warning, but after a discussion with the Port Alfred senior magistrate she asked for the matter to be reviewed by a judge and claimed she had acted in terms of the Criminal Procedure Act.

Roberson said a simple review and a setting aside of the magistrate's order detaining December, was not enough.

“It seems to me that the magistrate was annoyed and frustrated that the trial could not be concluded, and wrongly regarded Ms December’s conduct as disrespectful,” she said.

“In ordering Ms December’s detention, the magistrate came very close to acting arbitrarily and ultra vires [beyond her powers]. She certainly acted precipitately without the necessary caution.”

After a “serious invasion” of December's right to liberty and dignity, the magistrate went further. “When Ms December came back to court after her detention, [the magistrate] continued to accuse her of disrespect.

“By that time Ms December had served her detention. The whole experience must have been frightening, shocking and humiliating for her.”

Eastern Cape social development department must cough up over R1.5m in subsidies to 25 organisations for the elderly whose funding it unilaterally ...
News
1 year ago

The Supreme Court of Appeal in Bloemfontein will on Monday morning consider Nelson Mandela Bay ANC councillor Andile Lungisa’s appeal against his ...
News
1 year ago

Suspected cigarette thief gets R50,000 from police for wrongful detention

Back in the days when tobacco was freely available and relatively affordable, Nomochina Gqunta was arrested for allegedly stealing two packets of ...
News
1 year ago
Next Article