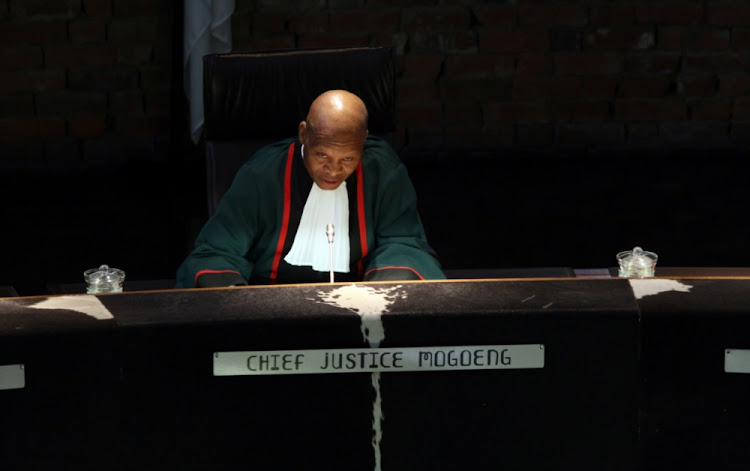 In a majority judgment penned by chief justice Mogoeng Mogoeng, the Constitutional Court found that the Riotous Assemblies Act is inconsistent with section 16 (1) of the constitution. File photo.
Image: Sowetan / Sandile Ndlovu

Part of the Riotous Assemblies Act is inconsistent with a section of the constitution dealing with freedom of expression, and is invalid insofar as it criminalises the incitement of a person to commit an offence.

This was the ruling handed down by the Constitutional Court on Friday after the EFF asked the apex court to uphold a high court ruling that a section of the act was unconstitutional.

The party also sought a ruling on the constitutionality of the remainder of section 18(2)(b) of the act and on the proper interpretation of a section of the Trespass Act.

The National Prosecuting Authority (NPA) had charged Julius Malema under that section of the Riotous Assemblies Act for calling on people to occupy vacant land in 2014 and 2016.

Aggrieved by this, Malema approached the high court asking it to declare that section of the act to be unconstitutional to the extent that it required someone found guilty of inciting others to commit a crime to be punished with the same severity as the person who actually committed the crime.

At the Constitutional Court, Malema argued that the high court’s order of constitutional invalidity should be confirmed and that section 18(2)(b) should be found unconstitutional in its entirety. He and his party contended that it was overbroad and an unjustifiable limitation of the right to freedom of expression.

A majority judgment penned by chief justice Mogoeng Mogoeng overturned the earlier ruling by the high court but found that a section of the act was unconstitutional and invalid.

“Section 18 (2) (b) of the Riotous Assemblies Act is deemed inconsistent with section 16 (1) of the constitution and invalid to the extent that it criminalises the incitement of another to commit any offence.”

That section of the act was suspended for 24 months to enable parliament to rectify the constitutional defect.

AfriForum says it will open an incitement of violence case against the Nelson Mandela Foundation (NMF) for a statement it made on the use of violence ...
News
2 years ago

During the period of suspension of the order of invalidity of that section, it should in the meantime read:

“Any person who incites, instigates, commands or procures any other person to commit any serious offence, whether a common law or against a statutory regulation, shall be guilty of an offence and liable on conviction, to the punishment to which a person convicted of actually of committing that offence would be liable.”

The reading in will fall away when the correction of the specified constitutional defect by parliament comes into operation.

Should parliament fail to cure the defect within 24 months, the reading in will be final.

Mogoeng said the Constitutional Court held a different view from that of the high court with regard to the confirmation of the constitutional invalidity of the act.

“We hold that the meaning of the word liable in sections 18 (2) (b) of the Riotous Assemblies Act does not connote absence of judicial discretion.

“Its correct meaning is that the inciter is susceptible to the same punishment as the actual perpetrator. The declaration of unconstitutionality by the high court is therefore unsustainable and the order it made will not be confirmed.

“The second application concerning the criminalisation of the incitement to commit any offence by section 18 (2) (b) was also considered. This is the kind of incitement that limits the constitutional right of freedom of expression provided for by in section 16 (1) of the constitution,” the judgment read.

Section 18 (2) (b), the court found, limited the right to freedom of expression.

“Whether that limitation is reasonable and justifiable in an open and democratic society based on the values of human dignity, equality and freedom is a question we had to consider.”

According to Mogoeng, citizens ought to enjoy the liberty to express themselves in support of or opposition to anything or any law within the confines of the overall thrust of section 16 (1) of the constitution.

“Speaking out or advocacy against laws or offences believed to be unjust ought not to be easily proscribed by statute and so is encouraging but not forcing others to defy them. The criminalisation of incitement of any offence by section 18 (2) (b) is a limitation so wildly phrased and so far-reaching that it will be difficult to know beforehand what is really prohibited or permitted.

“Any offence is therefore unquestionably overboard and its inhibition of free expression is markedly disproportionate to its benefit to society ...

“We thus have no choice to invalidate section 18 (2) (b) to the extent of the disproportionality of its of societal benefit to its vast invasion of free expression and the consequential inconsistency with section 16 (1) of the constitution.”

Riotous Assemblies Act has no place in SA, says counsel for Julius Malema

Thembeka Ngcukaitobi submitted that the Act was as an instrument of oppression which had no place in a democratic South Africa.
News
2 years ago

The Pretoria High Court will on Thursday hear an application by Economic Freedom Fighters (EFF) leader Julius Malema in which he is challenging the ...
News
3 years ago
Next Article