Son, 16, first on scene where his mom and five siblings were murdered 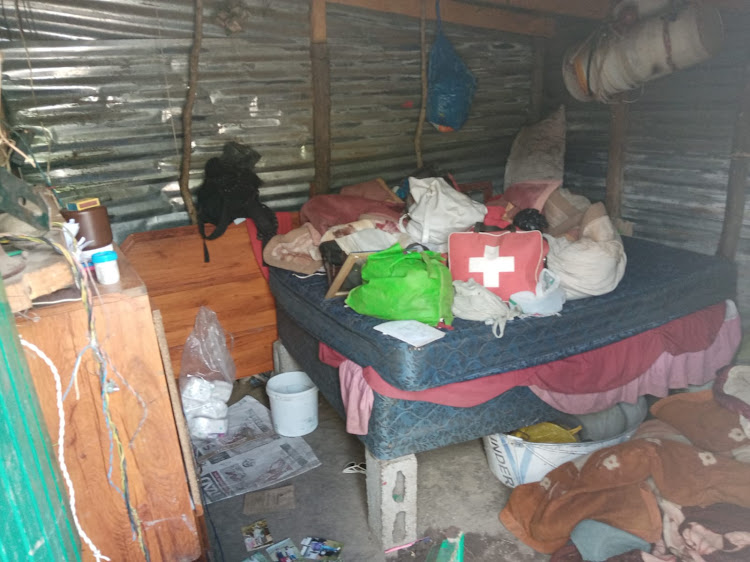 The shack where the murdered 42-year-old mother and five of her children were discovered by her oldest son.
Image: Ziyanda Zweni

The 16-year-old firstborn son of a woman slain along with her other children in Kwaaiman near Elliotdale and Coffee Bay on Tuesday night was the first to discover their bodies.

Distraught family members confirmed this to DispatchLIVE at Sidebakweni village in the Eastern Cape on Thursday morning.

The 42-year-old mother and her five children, including an infant, were killed in their home. Police said they had found an axe, which is believed to have been the murder weapon, on the scene.

The woman's husband is still missing and wanted for questioning.

DispatchLIVE understands three of the five children were fathered by the husband. Relatives, who said the family had been living in fear of the missing man, said they had no means of burying the victims.

The boy who discovered the bodies is deeply traumatised, they said.

'Gruesome and heartless murders': Search for husband after wife and five children 'axed to death'

Six people, including a six-month-old baby, were brutally murdered at home in the Eastern Cape on the eve of the 16 Days of Activism for No Violence ...
News
1 year ago

Ennerdale policemen to serve 18 years for torture and murder

The two Ennerdale police officers who were found guilty of torturing and murdering two men have been sentenced to 18 years each for murder and 10 ...
News
1 year ago
Next Article