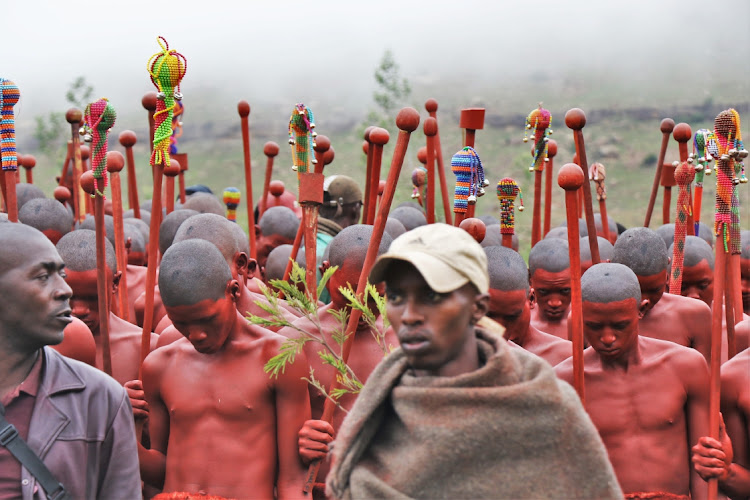 Tension is brewing between co-operative governance deputy minister Obed Bapela and the Congress of traditional Leaders of SA (Contralesa) over the traditional summer initiation season.

The situation escalated on Tuesday to the point where Contralesa called on President Cyril Ramaphosa to fire Bapela, saying he had no regard for protocol, procedure, process and legality.

On Monday, Cogta issued a statement saying the traditional initiation practices remain officially suspended in a bid to contain Covid-19.

“Since alert level 5 to alert level 1, the country remains in consensus and united that the need to save lives is sacrosanct. As such, all stakeholders understand that though the prohibition has been detrimental to this essential cultural practice, it is only in the interest of protecting initiates that initiation remains suspended,” reads the statement.

Cogta says the safety of initiates is paramount.
News
1 year ago

Cogta confirmed that the statement was released by Bapela.

Contralesa said that the deputy minister jumped the gun on an announcement of this nature, saying it was a gross violation of people's cultural rights. Responding to the statement, Contralesa leaders expressed dismay by what it labelled as “misleading”.

“Contralesa wishes to state categorically that Mr Obed Bapela has no authority nor mandate to issue such a statement. He is being irresponsible, to say the least. He is not only undermining President Cyril Ramaphosa in his theatrics but he is insulting the entire institution of traditional leadership in the country,” Contralesa said.

According to Contralesa, Ramaphosa had been consulting the organisation on all matters involving traditional leaders and their communities, and praised the president for doing that with utmost respect and honour.

Traditional leaders in the Eastern Cape have called for the initiation season to be opened despite the surge in coronavirus cases in the ...
News
1 year ago

“It is disappointing that a deputy minister can spoil the good name of the state president,” reads Contralesa’s statement.

Contralesa said it had convened an urgent meeting for Wednesday morning, after which it will announce to the nation its official position on the summer initiation season.

It said it had no other option but to ask Ramaphosa to remove Bapela from his executive because their relationship had broken down beyond repair. The traditional leaders say they can no longer work with a deputy minister who looks down upon them as royals and traditional leaders.

“Obed Bapela is insensitive, inconsiderate, walking in water, riding a high horse and taking us for granted. He reminds us of the Bantu Affairs commissioners of the colonial order,” said Kgoshi Mathupa Mokoena, president of Contralesa.