Killer nanny gets 30 years in jail 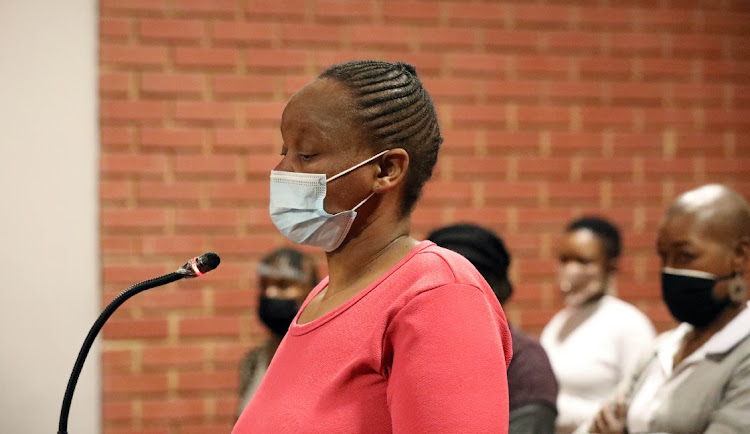 The Benoni magistrate’s court yesterday dismissed the testimony of Manana Celina Tsabane as a lie and convicted and sentenced her to 30 years in jail for the murder of a baby she was hired to look after.

Acting judge Herman Broodwyk sentenced Tsabane to 25 years for murder and five years for defeating the ends of justice.

One-year-old Langelihle Mnguni was found dead in the storeroom at his home in October last year. In court Manana claimed she had been attacked and that a neighbour and his friends had kidnapped the baby.

Broodwyk rejected Tsabane’s claim that she had been attacked and charged at with knives.

“I also reject her version that she was drugged and forced to drink a concoction. Her version is a lie,” said Broodwyk.

He said Tsabane was found with self-inflicted injuries.

“No medical evidence could be presented in court by doctors who admitted her at the Far East Rand Hospital on her claims of being poisoned.”

Broodwyk said Tsabane had lied about the child being kidnapped and about being charged at with knives as the doors to the home were locked and no signs of a break-in had been found.

.“It matters not if the motive to kill was not established. The accused was the only one in that house on the day the child died and nothing was stolen from the house.”

The nanny accused of murdering a toddler in her care is on Wednesday expected to take to the stand at Benoni magistrate’s court in Ekurhuleni.
News
8 months ago

Broodwyk said the keys to the house were found inside the house and doctors showed that external pressure had been applied to the mouth and neck of the child which would cause asphyxiation, meaning that the child would have died within three minutes, according to the pathology evidence presented to the court.

“We are dealing with strangulation here and even the most dumb individual would know that you planned the murder carefully. The deceased was a defenceless child who suffered pain and death at the hands of his caregiver,” he said.

Speaking from the stand before sentencing, Langelihle’s mother, Lerato Mnguni, said the incident had caused her a lot a lot of pain.

“She [Tsabane] knew that Langelihle was the only child that I had. I have no siblings. My family and the Mnguni family gave me strength to get to where I am today.”

She said Tsabane had told her lies from day one.

“She lied to us and said she had children but her sister called us and told us that Tsabane had no children and that her one child had died a long time ago,” she said.

“I have accepted that my child is gone but I just want to know why she killed him. I just pray that God will give her the strength to one day call me and tell me the truth.”

“She wanted to shift the blame to neighbours and family friends. She also showed no regret until after she was found guilty,” Scheepels  said.

The mother of one-year-old Langelihle Mnguni from Daveyton on the East Rand, who was allegedly killed by his nanny last year, says her mind would ...
News
8 months ago

After a year behind bars, Mannana Tsabane, the nanny alleged to have murdered the child she was hired to take care of, is finally on trial at the ...
News
9 months ago

The grandmother of one-year-old Langelihle Mnguni, who was allegedly killed by his  nanny, relived the horror of discovering the child’s lifeless ...
News
9 months ago
Next Article