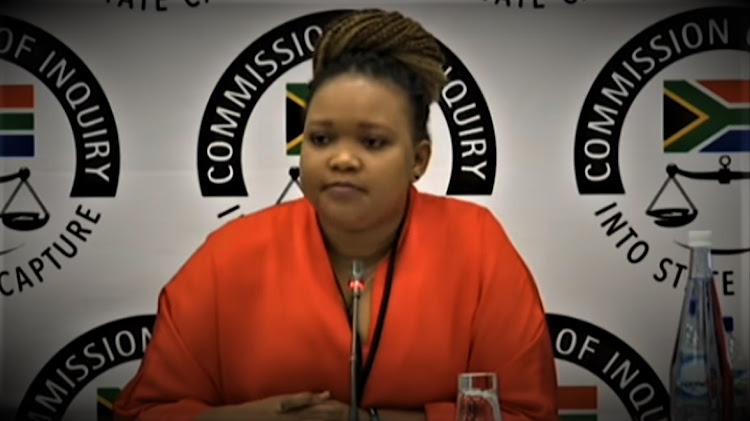 The National Prosecuting Authority said on Sunday that the former personal assistant of ANC secretary-general Ace Magashule has co-operated with the state and will testify against her former boss.

The NPA was reacting to a report in the City Press newspaper that Moroadi Cholota had said she had not agreed to testify for the state against Magashule, who appeared in court on November 13 on charges of fraud, corruption and money laundering.

The case relates to the R255m Free State asbestos roofing removal tender, while Magashule was premier of the province.

While only R21m went to a company that did an audit of houses with asbestos roofs in the province, the rest allegedly went to a number of businesspeople, politicians and government officials.

Magashule is one of 13 accused who was arrested in connection with the asbestos roof case. Others include business-person Edwin Sodi, former Mangaung mayor Olly Mlamleli and Free State human settlements head of department Nthimotse Mokhesi.

City Press said in an e-mail exchange between the Hawks and Cholota, the former PA said it was odd that she had been placed on record as a witness in the absence of a prior agreement that she would assist the law-enforcement authorities.

The ANC top 6 will meet on Monday when it is expected that the developments around the arrest of its secretary-general Ace Magashule will be ...
News
1 year ago

NPA spokesperson Sipho Ngwema said on Sunday that the criminal prosecution will take place in court and not in the court of “public opinion”.

He said Cholota has co-operated with the state and will testify.

“We note the attempt to cast aspersions on the case and create diversions. We shall not be drawn to those,” Ngwema said.

He cautioned against running a criminal prosecution in the court of public opinion.

“There cannot be two parallel processes. I can assure you that we have been in communication with the witness and we are fairly satisfied with the fact that she is going to testify and she has co-operated with the state.”

Ngwema said what mattered was what is going to happen in the court of law.

“It is in the interests of other parties to try and cast doubt on our case. We are fairly confident we have a good case and that case continues.

“There is a lot of fabrication in what is circulating around and we are not worrying ourselves about these kind of things,” Ngwema said.

If Ramaphosa doesn't have a plan for a political backlash, his anti-corruption stance is a 'silly gamble'
News
1 year ago
Next Article