‘This is inhuman’: Floyd Shivambu demands report on cops’ altercation with disabled man 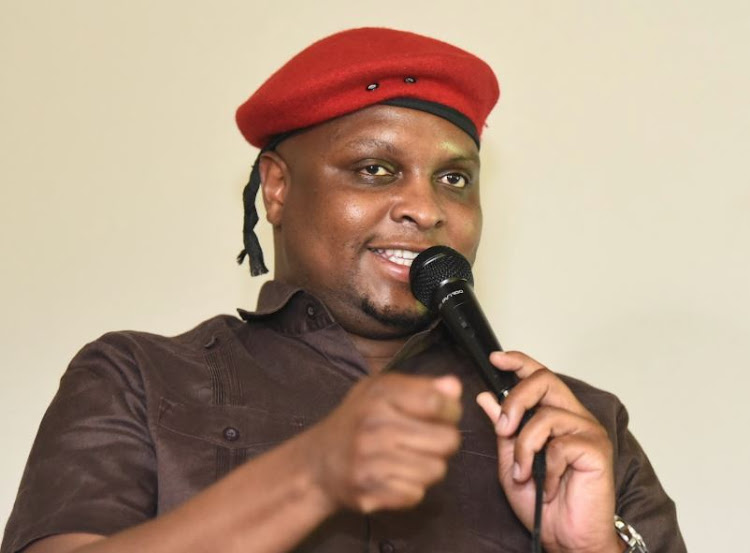 EFF deputy president Floyd Shivambu reacted with horror to a video in which police officers are seen throwing a disabled man out of his wheelchair.
Image: ECONOMIC FREEDOM FIGHTERS VIA TWITTER

EFF deputy leader Floyd Shivambu has lambasted Cape Town metro police officers who were caught on video throwing a disabled man out of his wheelchair.

In a video circulated on social media on Thursday, the unidentified man can be seen in an altercation with officials over an unknown issue.

The man hangs on to the wheel of the wheelchair before the officer pulls it further away.

Before the video ends, officers can be seen chasing the man and the person who recorded the clip out of the police station, threatening the person behind the camera with arrest.

“Get out because you are recording at the police station. Otherwise we are going to arrest you.”

Reacting to the video, Shivambu demanded a report on what transpired, saying action should be taken against the officials involved.

“This is inhuman and there has to be action against the metro police officers involved. Let’s please get a clear report by Monday,” he said.

This is inhuman and there has to be action against the metro police involved here. It’s @CityofCT Metro Police. Let’s please get a clear report by Monday @EFFWesternCape_ . pic.twitter.com/ctOolXzDZ6

“Following a video shared on social media this morning (Thursday) regarding an incident involving two metro police officers and a member of the public in a wheelchair, I immediately discussed the matter with the city’s safety and security executive director, Richard Bosman, who confirmed  both officers have been suspended with immediate effect pending the outcome of a full investigation.

“I want to apologise unreservedly to the member of the public, whose name is not yet known to me, for what he experienced this morning. The manner in which this situation was handled is not what we expect from our staff,” said Plato.