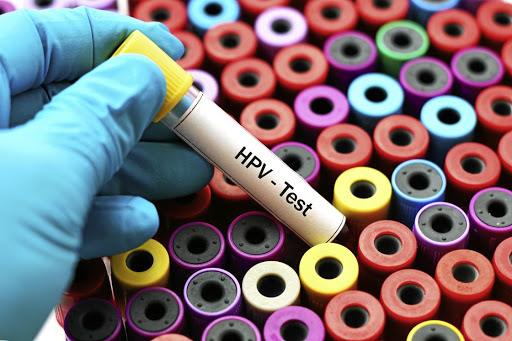 Human papillomavirus (HPV) is the sexually transmitted infection that plays a role in increasing the risk and causing most cervical cancer cases.
Image: 123RF/Jarun011

For many women, being diagnosed with cervical cancer is like death sentence due to its high mortality, but a new plan to expedite its elimination in SA and other parts of the world has given hope to many.

SA has joined 193 other nations who have committed to eliminate cervical cancer by 2050 — a move that will see the country vaccinating 90% of young girls with a human papillomavirus (HPV) vaccine, screening 70% of women from age 35, and putting 90% of women with this form of cancer on treatment by 2030.

This week the World Health Organisation (WHO) launched its global strategy to accelerate the elimination of cervical cancer, which is set to reduce more than 40% of new cases of cervical cancer and 5m deaths by 2050.

It's the first time that nations are making this commitment to end a cancer, which remains the deadliest form of cancer among women in SA. It kills between 3,000 and 3,500 women in SA every year, and about 6,000 women are diagnosed with it annually.

“The huge burden of mortality related to cervical cancer is a consequence of decades of neglect by the global health community. However, the script can be rewritten,” said SA-born WHO assistant director-general Dr Princess Nothemba Simelela.

A local company part-owned by the government is in talks with the global Covid-19 vaccine distribution scheme and pharmaceutical companies to produce ...
News
8 months ago

“The fight against cervical cancer is also a fight for women’s rights. The unnecessary suffering caused by this preventable disease reflects the injustices that uniquely affect women’s health around the world. Together, we can make history to ensure a cervical cancer-free future.”

New developments include the availability of prophylactic vaccines, low-cost approaches to screening and treating cervical cancer precursors, and novel approaches to surgical training.

While the Covid-19 pandemic has posed challenges in prevention of cancer deaths and interrupted vaccination and treatment services, including the school vaccination programme, other factors such as delays in hospital referral systems have acted as barriers for women seeking cancer treatment. Simelela said part of the plan of the global strategy is to get women treated as soon as possible, sometimes using the tools developed during the pandemic to screen for cervical cancer.

“With this technology, we can get a diagnosis in 20 minutes and the woman can be treated immediately on site, making it possible to have one visit in one day to be immediately cured of this pre-cancer lesion,” she told journalists this week.

Take control of your health as a woman

The global strategy also stresses that investing in the interventions to meet these targets can generate substantial economic and societal returns. An estimated $3.20 will be returned to the economy for every dollar invested through 2050 and beyond, owing to increases in women’s workforce participation. The figure rises to $26 when the benefits of women’s improved health on families, communities and societies are considered.

Almost all cervical cancer cases (99%) are linked to HPV infection, an extremely common virus transmitted through sexual contact. Though most infections with HPV resolve spontaneously and cause no symptoms, persistent infection can cause cervical cancer in women.

Not only is cervical cancer a preventable disease, but it is also curable if detected early and adequately treated. Yet it is the fourth most common cancer among women globally. Without taking additional action, the annual number of new cases of cervical cancer is expected to increase from 570,000 to 700,000 between 2018 and 2030, while the annual number of deaths is projected to rise from 311,000 to 400,000. In low- and middle-income countries, its incidence is nearly twice as high and its death rate three times as high as those in high-income countries.

WHO director-general Dr Tedros Adhanom Ghebreyesus said: “Eliminating any cancer would have once seemed an impossible dream, but we now have the cost-effective, evidence-based tools to make that dream a reality. But we can only eliminate cervical cancer as a public health problem if we match the power of the tools we have with unrelenting determination to scale up their use globally.”