Pupil stabbed as fight breaks out at Hoërskool Elspark in Germiston 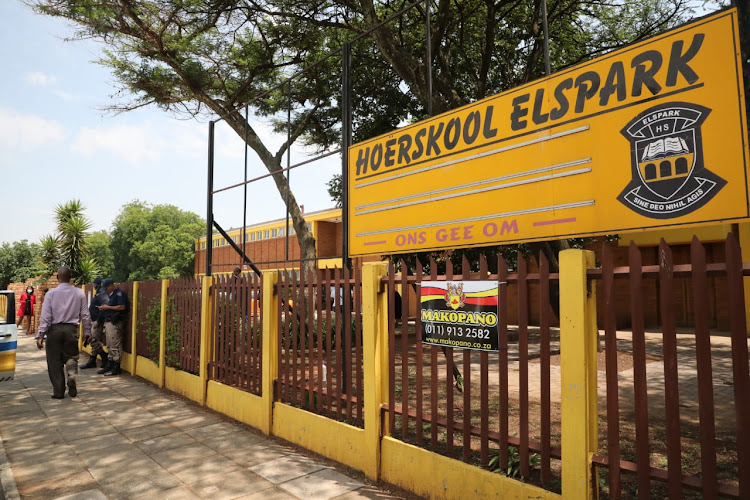 Hoerskool Elspark in Germiston, where a pupil was attacked.
Image: SUPPLIED

A 17-year-old pupil has been hospitalised after he was stabbed with a knife during a fight at school.  The incident happened on Monday at Hoërskool Elspark in Germiston on the East Rand, where Grade 11 pupils were preparing to write their exams.

The pupil, who was stabbed on the hand, will undergo an operation today. According to a pupil who saw the incident, the fight was over a  cellphone that was stolen on Friday.

“One of the pupils had her cellphone taken in the phone box where we keep our phones when we are writing. When we asked around the school some pupils said it was taken by one of the pupils. We could not confront him as he had already left on Friday by the time we finished our exams,” said the pupil.

“On Monday morning some pupils approached and attacked us. One had a knife, which he took out and stabbed the other learner with.” The victim's mother, who cannot be named to protect her minor son, said she was glad he was alive.

“I signed for my son's operation as part of his middle finger was left hanging. This morning he had a swollen face, a blue eye and his mouth is swollen. He said he was in pain. I find it disturbing that he was chased away when he went to look for assistance in the school’s office and I was never informed about the incident,” she said.

Parents went to the school to demand answers on the stabbing incident that went viral on social media. Parent Nthabiseng Tshivhenga said the incident was not isolated. “Black children have decided that they will no longer report incidents to the school as they are always blamed for everything but will fight for themselves,” she said.

Another parent, Tshidi Tsotetsi, said they wanted to see transformation taking place at the school and for children to be treated equally.

Though Gauteng education MEC Panyaza Lesufi said the stabbing incident was not a race issue, the school governing body chair, Marius Kuilder, said they heard complaints about racism at the school.

“We will investigate as to what led to the fight and the allegations of racism. We don't support racism in our school at all,” he said.

A security guard was found murdered at a school in Mpumalanga in the early hours of Saturday morning.
News
1 year ago
Next Article