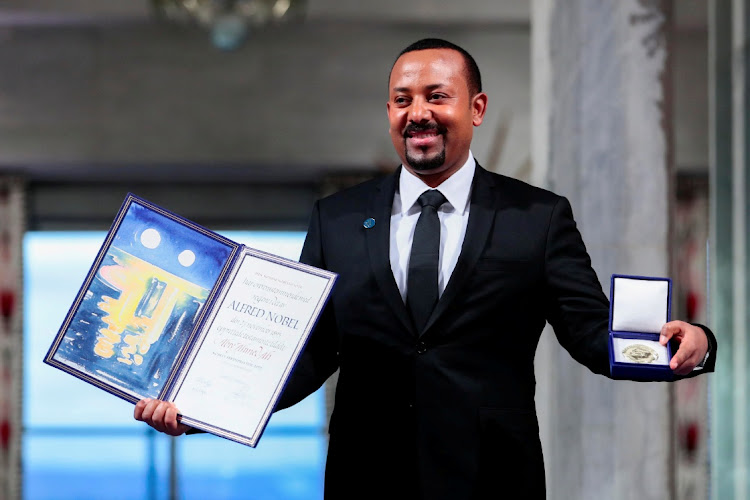 The committee that awarded the Nobel Peace Prize to Ethiopian Prime Minister Abiy Ahmed said on Tuesday it was deeply concerned about the conflict in Tigray region and called on all parties to end violence.

Hundreds have died, thousands have fled to Sudan, and there have been accusations of atrocities since Abiy launched a military offensive two weeks ago against the local rulers of Tigray for defying his authority.

"The Norwegian Nobel Committee follows the developments in Ethiopia closely, and is deeply concerned," said a statement from the committee, which rarely expresses views about the actions of past Nobel laureates.

Abiy took the award in 2019 for making peace with Eritrea after a devastating 1998-2000 war and then lengthy standoff on the border.

"It repeats today what it has stated before, namely that it is the responsibility of all the involved parties to end the escalating violence and to solve disagreements and conflicts by peaceful means," the committee added in the statement emailed to Reuters.

This year's Nobel Peace Prize, to the United Nations' World Food Programme, will be awarded in Oslo on Dec. 10, the anniversary of the death of Swedish industrialist Alfred Nobel, who founded the awards in his 1895 will.