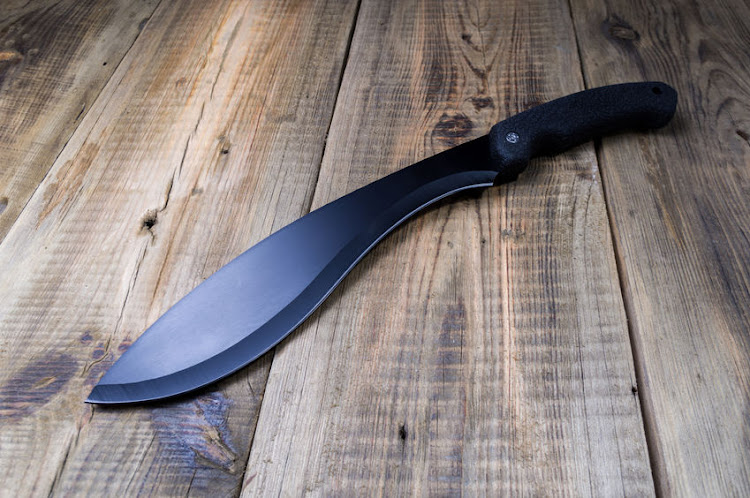 Angered by the break-up of a relationship, Thulasizwe Mtholephi Kunene went to his former partner's boyfriend's house armed with a machete. Stock photo.
Image: 123RF/Viktor Yatsuk

A man enraged by the termination of a relationship who used a machete to chop to death the mother of his children has been jailed for life in Mpumalanga.

The brutal attack happened after the termination of a relationship between himself and Thuli Mavuso.

“In his plea statement, he told the court that he and Mavuso had two children. At some stage, Mavuso terminated their relationship and fell in love with another man. This angered Kunene and he decided to kill her,” said Nyuswa.

Armed with a machete, he went to the house where Mavuso was with her new boyfriend in July 2019.

Being born female makes for a risky life in South Africa

The haunting daily media reports of females, young and old, killed during the course of this year should not disempower us, females. I want to ...
Opinion
1 year ago

“He attacked her with the machete in the living room. He chopped her body several times and left her partially decapitated. He fled the scene and was arrested the next day, at work.”

Kunene told the court in mitigation that he was angered by the break-up and alleged threats from Mavuso’s boyfriend.

The prosecutor, senior state advocate Ashwin Poodhun, argued that Kunene showed no remorse for his actions, otherwise he would have called for help after realising he had made a mistake, instead of fleeing the scene and hiding the murder weapon.

Judge Hein Brauckmann said violence against women and children was a shameful human rights violation that knew no boundaries of geography, culture or wealth.

He sentenced Kunene to three years' imprisonment for housebreaking and life for murder in the Mpumalanga high court in Breyten.

State must find same will to fight GBV as Covid-19

Cracking down on lockdown shows police have capacity of act on other crimes.
Opinion
1 year ago

As many as 139 police officers have gender-based violence (GBV) charges hanging over their heads — and this at just 13 police stations across SA.
News
1 year ago
Next Article