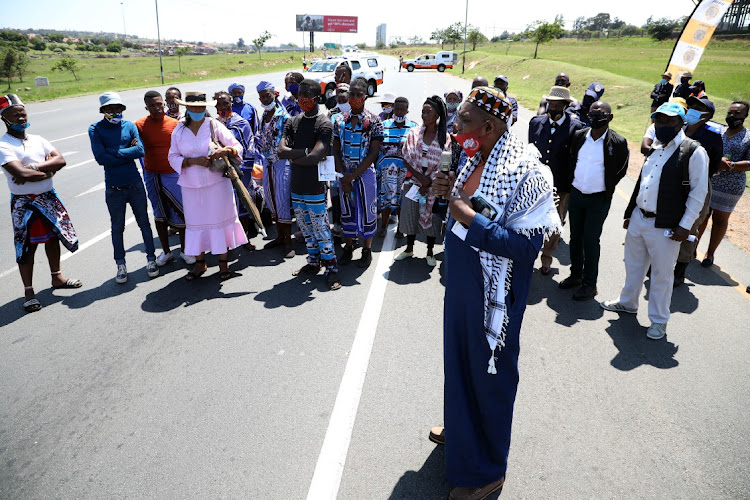 In Gauteng, the prayer, which was also to remember victims of road crashes, was held at Klipvalley Road, better known as “Killer Road”, in Orlando, Soweto, just behind Orlando Stadium. The road is among the accident hotspots of SA.

At least 14,000 people die on SA roads every year. This means 38 people die in crashes every day.

“We are interested in educating our communities. That’s why we have started now. We are continuing to empower our people with education that when you are on the roads we must be able to share the road and change the behaviour in terms of destructive driving. We are calling on our people to be very careful.”

Molise said more lives are lost on the roads during the festive season, and this year they wanted to see that change.

Police in Gauteng arrested more than 120 people found driving while under the influence of alcohol over the weekend.
News
1 year ago

“ We want to count less and lesser numbers of people [who die on the roads] as possible,” he said.

Molise said RTIA’s sister agencies like the Road Traffic Management Corporation would help them identify accident hotspots throughout the country so that they could take their road safety education there.

Other events were held in the Free State, KwaZulu-Natal, Limpopo and Mpumalanga.

“As we are heading into the festive season we find that there is a lot of carnage on the roads, so we want to stop that because it is a real concern. We don’t want to keep losing our brothers, mothers, sisters and fathers due to accidents that can be avoided. We are here on the roads and we will continue enforcing [the law],” Fihla said.

“Our officers are constantly on the road. What we are going to do is have more operational plans because in the city of Joburg, when it comes to festive season operations, it is not only done through the JMPD but all the departments within public safety.”

Transport minister Fikile Mbalula on Thursday said the number of people who lost their lives on the roads was ‘alarming’ and cost the economy more ...
News
1 year ago

Drunk driving a big concern.
News
2 years ago
Next Article