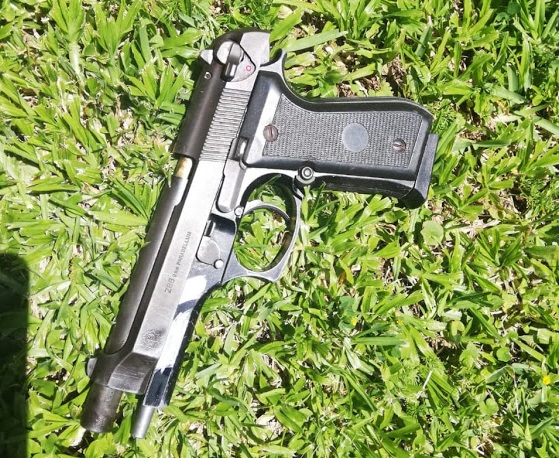 This pistol was recovered in a Sherwood yard after the heist suspect allegedly shot himself while trying to scale a wall.
Image: Supplied

A cigarette heist suspect in Port Elizabeth saw his escape bid go up in smoke thanks to speedy action and co-ordination between the police and several law authorities.

The chase-down of the suspect in Sherwood on Friday was led by Kabega Park station commander Col Tony Nomdoe, who was phoned by an alert traffic official after two truck drivers who had stopped to change a tyre on the vehicle near Baywest were robbed of several cartons of cigarettes.

It was alleged that the suspect had jumped out of his vehicle and was trying to jump over a boundary wall when he accidentally shot himself.

“A 9mm pistol was found in the yard. The suspect was arrested,” said police spokesperson Col Priscilla Naidu.

For more on this article, visit HeraldLIVE.