Police launch manhunt after attack on a Limpopo game farm 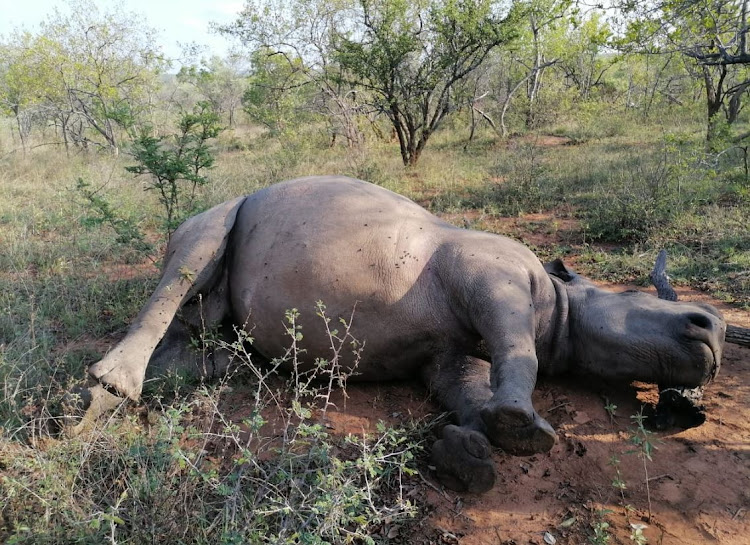 A rhino killed for its horn on a game farm in Lephalale, Limpopo. Police are on the hunt for the poachers who hacked off and stole the rhino's horn
Image: Supplied

Police are on the hunt for poachers who shot and killed a rhino in Limpopo.

The slaughtered rhino was found on a Lephalale game farm by a farmworker while on patrol.

Limpopo police spokesperson Col Moatshe Ngoepe, said that an unknown number of poachers had shot the rhino before they hacked off its horn.

“At this stage the identity and whereabouts of the poachers are unknown. Ballistic tests will be done to determine what weapon was used to kill the rhino and to see if the weapon and poachers can be linked to any other poaching incidents or other crimes.”

Three SANParks employees were arrested this week after they were found in possession of fresh rhino horn at the Kruger National Park.
News
1 year ago

Police arrested a 30-year-old man for possession of a rhino horn on Friday.
News
1 year ago

A father and son duo who allegedly tried to bribe their way out of police custody after being caught with rhino horn and shark fins last year are ...
News
1 year ago
Next Article