EFF will be 'biggest or second-biggest party' in 2021 after by-election growth, says Floyd Shivambu 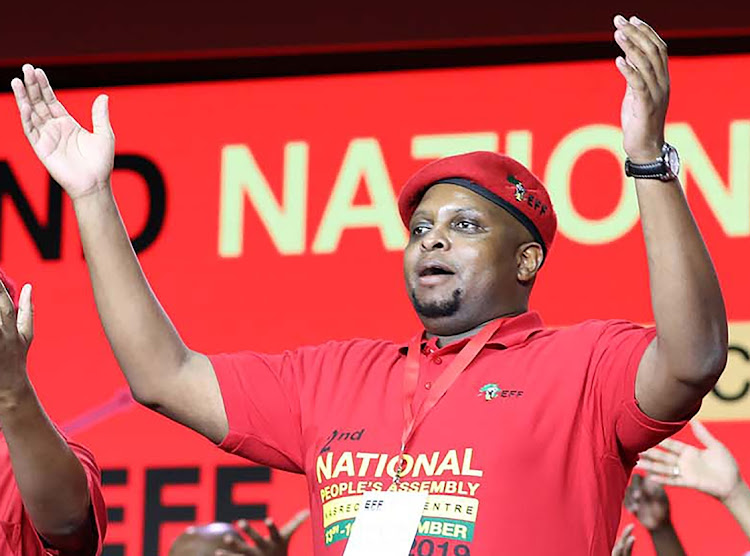 EFF deputy president Floyd Shivambu has predicted the EFF will be the biggest, or at least the second-biggest, political party in SA next year after the party's growth in the by-elections held on Wednesday.

This week 95 wards were up for grabs in the by-elections, none of which were won by the red berets. However, the seven-year-old party showed significant growth as it went from having three seats in Phokwane municipality to five seats and one in Renosterberg. Both municipalities are in the Northern Cape.

Shivambu said this growth places the party on a path to unseating the DA as the official opposition and potentially the ruling ANC, which are the two biggest political parties.

“Come hail, storm, high water or disaster, the EFF will be the biggest or second-biggest political party in SA by this time in 2021. We knocked on the doors of voters and they said come in. We are growing by a minimum 100% compared to 2016 in the majority of wards,” Shivambu tweeted on Thursday.

In another tweet, Shivambu said the party's growth proves more voters are showing confidence in the EFF.

Thank you very much for the consistent and steady growth of the EFF. More and more people are showing confidence on the movement for true economic independence. #NoOneCanStopUs! pic.twitter.com/nWmOCHiHn3

Shivambu's tweets received mixed reactions on Twitter, with some agreeing with his prediction while others disputed his claims.

No ward won. It's tough.

When you dont challenge Dictator Julius On Border Matters.

That will cost the part big time.#PutSouthAfricaFirst you will see the votes.

As much as I don't like the EFF I think the EFF will be a better opposition to the ANC than the DA. There will be real accountability for a change instead of this white party. Viva ANC

This is very true and I just like the type of growth, it's deep and gradual. That means we getting votes from honest people. We are on position two now by 2021 a significant growth will still show . Lets just educate people to vote and not stay home.

Your job is to fill up the stadiums and win twitter polls Floyd. pic.twitter.com/Frl1OaafsY

The ground is not clicks and Senekal champagne popping theatrics.Wards are won through active branches not through Twitter socialites,Organizations that continue to surpress Freedom of speech internally must be defeated,looks the elephant is too big for you!!

ANC upbeat ahead of 2021 elections after by-elections boost: Fikile Mbalula

The ANC believes that its good showing in this week's by-elections is a sign of good things to come in next year's local government elections.
News
1 year ago
Next Article