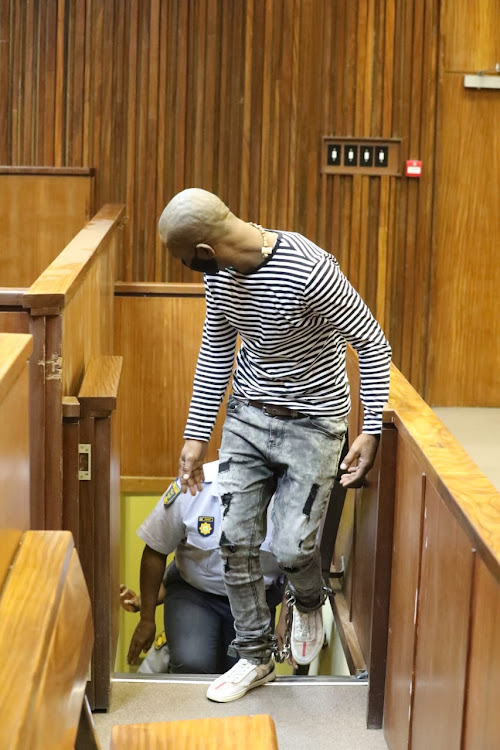 The state has called its first witness, Matshidiso Mkhwanazi, at the Johannesburg high court to  testify in the murder case of Palesa Madiba.

Madiba went missing on August 9 2013 after spending the weekend at the Mkwanazis house in Phiri, Soweto. Her remains were found in a shallow grave at Mkhwanazi's home on December 16 2015.

The discovery was made after an anonymous tip-off to the police.

It had taken the police two years to find Madiba's body and almost six years to make an arrest.

Murder accused Dumisani Mkhwanazi, 36, pleaded not guilty on Monday for the murder of the 19-year-old Madiba.

He faces charges of murder, robbery with aggravating circumstances, defeating the ends of justice and being found in possession of an unlicensed firearm.

Mkhwanazi is the accused's niece.

In her testimony on Thursday, Mkhwanazi told the court that she had been friends with Madiba since primary school.

She said Madiba was well known to her family including her accused uncle because she frequently visited their home.

Mkhwanazi told the court that at the time of the murder she was staying at the main house while her uncle stayed in a backroom.

She said her uncle had access to the main house as he ate and bathed there.

"He basically stayed with us in the main house and he only went to his outside room to sleep."

Details of how Palesa Madiba was allegedly murdered before her body was buried in a shallow grave have begun to emerge in an indictment prepared for ...
News
1 year ago

She told the court that when she left home for work, Madiba was preparing to go to school at the Soweto UJ Campus.

Mkhwanazi said when she left Madiba at her home she had promised to call her at around 9am when she got to work.

"When I tried calling her, her phone went straight to voicemail, but I just thought it was poor reception."

She said after trying several times she failed to reach her.

"I found that strange. When I arrived home in the evening  only my grandmother, whom I stayed with, was home," she said.

Mkwanazi said her uncle arrived about an hour later and told her and the grandmother that Madiba went out during the day and even described what she was wearing to them.

Mkhwanazi said in her desperate attempt to find her friend she went to her relatives but they had no idea of Madiba's whereabouts.

"Palesa's family and I then decided to go to the police station and report her missing."

She said  when the police searched her home the first time they found nothing.

She told the court that after over two years later in December 2016 while visiting relatives she got a call from neighbours to return home and was told that a body had been found in her yard.

She said police searched her entire house and and brought sniffer dogs  who later ended up digging at the back of the house where Madiba's decomposed body was found.

A judge has recused himself from the murder trial of slain student Palesa Madiba as he's related to the family of the deceased.
News
2 years ago

Video footage of Sandile Mantsoe casually strolling out of his flat while pulling a large bin shocked the nation when it was discovered that the ...
News
2 years ago

The case against the man accused of killing University of Johannesburg student Palesa Madiba was on Monday transferred to the high court in ...
News
2 years ago
Next Article