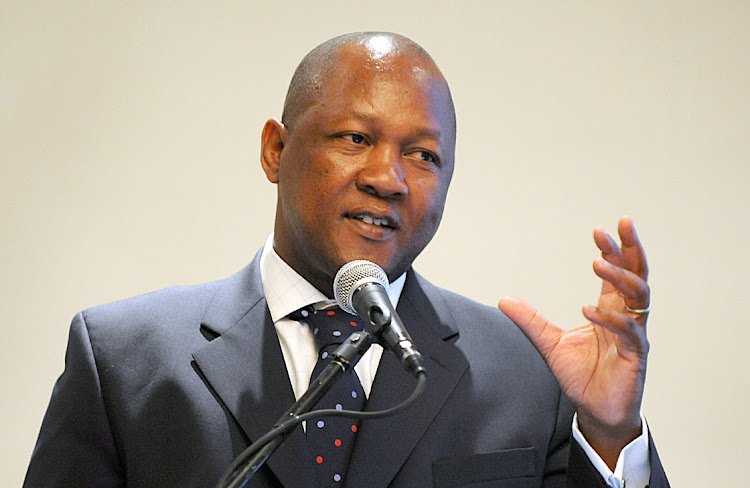 Andile Ngcaba, who served as executive chairperson of Dimension Data Middle East and Africa from 2004 to 2017, has filed a multimillion-rand civil law suit against the company. The company on Tuesday asked for the case to be postponed.
Image: ROBERT BOTHA\BUSINESS DAY

The R271m damages claim by former communications director-general Andile Ngcaba against Dimension Data got off to a wobbly start on Tuesday when the high court in Johannesburg refused to hear special pleas raised by Dimension Data.

Judge Fritz van Oosten said he could not hear the special pleas raised by Dimension Data and its Japanese parent company Nippon Telegraph and Telephone (NTT) in the application brought by Ngcaba.

Van Oosten said this was because he only received the court papers on those applications on Monday evening. He said he could only hear an application for a postponement of the case brought by the companies.

Ngcaba is seeking R271m from his former employer, claiming he was not paid the same as members of the team that reported to him from 2004 to 2016.

Dimension Data and NTT sought to raise a special plea with the court that Ngcaba should have brought the claim before the equality court or the labour court.

They also sought to argue that the court had no jurisdiction over NTT as it was an overseas company.

Counsel for Ngcaba, Tembeka Ngcukaitobi, had asked Van Oosten to stand the matter down for a day or two to read the parties' submissions on the special pleas before hearing them.

Ngcukaitobi said the interests of justice overwhelmingly called for the hearing of special pleas this week.

However, Van Oosten would not budge and said he was dealing with another matter next week and would be unable to hear the special pleas over three days.

“I am not prepared to hear a matter which I am not properly prepared for. It would do a disservice to parties if I simply run into this matter without having an opportunity to acquaint myself with this matter,” said Van Oosten.

Jenny Cane, for Dimension Data, NTT and Dimension Data executive director Jeremy Ord, asked the court to grant a postponement because their expert dealing with the amount of damages had not had time to produce a report in time for the trial.

“This postponement application should not have been resisted,” Cane said.

Corporate SA in the dock in Andile Ngcaba case

If businessman Andile Ngcaba wins his racism claim against Dimension Data that would set a precedent for equal pay for equal work across racial lines ...
Opinion
1 year ago

She said the defendants' expert had not been able to do his job as he had received Ngcaba's expert report on the quantum of damages very late.

“The plaintiffs' expert summary entails a quantum leap from R170m ... to three different scenarios, the highest being R490m. This is a tripling of a very sizeable damages claim. It adds to the prejudice,” she said.

Another counsel for Ngcaba, Dali Mpofu, opposed the defendants' application, arguing their unreadiness was a delaying tactic.

Mpofu said the trial had been correctly labelled as corporate racism.

He said the case could be dealt with in three different ways: whether objections raised by the companies were correct, whether Ngcaba was a victim of corporate racism and, if so, how much Ngcaba must be compensated.

“This objection about experts deals with stage three, which is about the quantum at best,” Mpofu said.

He said this application was brought in bad faith.