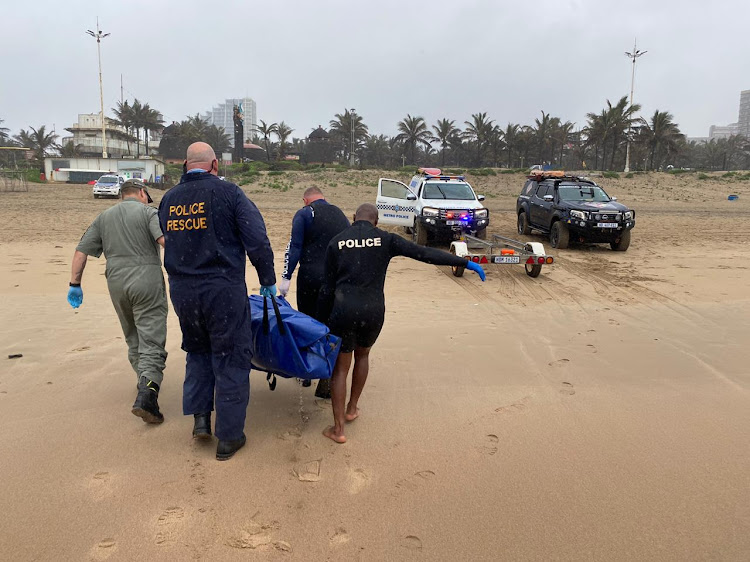 Police recovered the body of a 19-year-old teen at Addington beach in Durban on Tuesday.
Image: Supplied

The body of a 19-year-old Durban teen, who has been missing for two days, was found floating near shark nets at Addington Beach on Tuesday.

Police spokesperson Capt Nqobile Gwala said members of the Durban search and rescue unit were called to the beach after the teen's body was spotted,

"The body was recovered and brought ashore at the Ushaka lifeguard tower," she said.

"It is alleged the victim was last seen swimming at Wedge Beach on Sunday before he went missing."

Gwala said an inquest docket had been opened.

"Due to the increasing number of people who have recently drowned while swimming at the beach, dams and rivers, police in KwaZulu-Natal are cautioning members of the public to take extra precautions. As a result of rising temperatures, more people are swimming at beaches, dams and rivers. This has led to many losing their lives."

She said the police water wing will be patrolling the beaches to ensure people are adhering to rules and regulations over the festive season.

Man drowns while swimming with friends in KZN

A 19-year-old man drowned while swimming with friends in Melmoth on Sunday.
News
1 year ago
Next Article