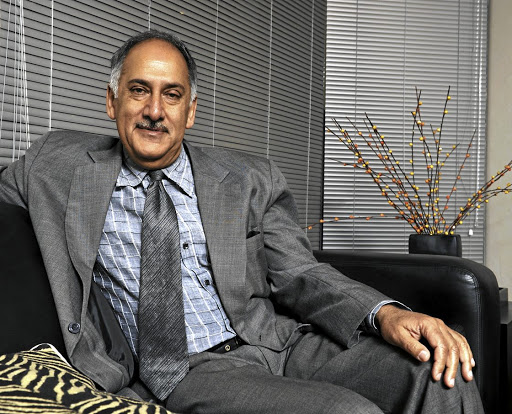 The organisation said as the country considered the path towards recovery and risks the government’s fiscal policy posed to that recovery, the public sector wage bill was a crucial factor.

Busa said it commissioned Intellidex to research various aspects of the public sector wage bill. The research company produced a report titled “The Public Sector Wage Bill: An Evidence-Based Assessment and How to Address the Challenge”.

Busa CEO Cas Coovadia said the report suggested that downward adjustments to the payroll could be made either by reducing wages, reducing headcount or doing both.

“These are very difficult decisions, but the country has jumped off the cliff and we need to achieve a soft landing,” he said.

Public sector wage freeze mooted for the next three years

Finance minister Tito Mboweni has proposed a public sector "wage freeze" for the next three years‚ in a move that's likely to spark a new political ...
News
1 year ago

A decrease in the public sector wage bill was essential, he said.

“If we assume a drop in nominal GDP of 4% this year and increases of 4% in each of the next two years, and we want to decrease payroll costs by 10.5% by 2025/26, aggregate payroll costs can increase by no more than 1.8% a year in nominal terms.

“This is the hard decision that needs to be made,” Coovadia said.

The release of the report comes at a time when Cosatu is holding its three-day bargaining, organising and campaigns conference from Monday.

We have run out of a fiscal runway as a country. We are in a massive fiscal crisis. We are on the precipice of that crisis.

SowetanLIVE's sister publication Business Day reported that Cosatu would discuss, among other things, the state’s failure to implement wage agreements.

The government has refused to implement the last leg of a three-year wage agreement signed in the public sector co-ordinating bargaining council in 2018 for 1.3 million public servants, because it does not have the money to do so.

Implementing the deal will cost R37.8bn.

The Intellidex report found that:

“Busa commissioned this work because we are of the view that SA needs an objective set of data that can inform engagement between government, business, and labour on enabling a public service that is sustainable and productive and is remunerated accordingly,” Coovadia said.

“We have run out of a fiscal runway as a country. We are in a massive fiscal crisis. We are on the precipice of that crisis,” Baxter said.

Coovadia said if public wage costs were not curbed, the country would go into severe debt.

“We are at that stage where these decisions need to be taken. There needs to be strong leadership from the president down. They need to see this as a national interest issue.”

Some parties are phlegmatic about the budget; Cosatu is not