Social housing complex to reduce rent burden for over 200 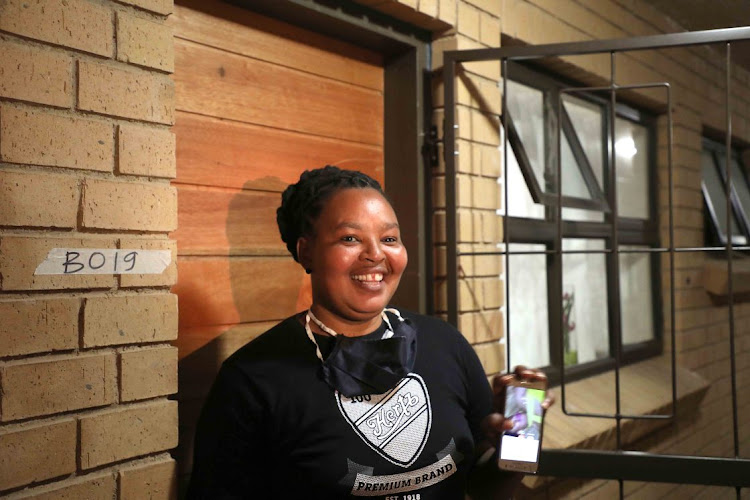 Novuyo Mbembe was delighted to move into the state-of-the-art new social housing facility in Kempton Park yesterday after two and half years of paying R3,500 rent a month.

Mbembe is one of the 200 beneficiaries of a new six-storey social housing complex handed over in Kempton Park yesterday. The modern high-rise complex uses advanced technology such as biometrics for access control, fibre and has full CCTV coverage.

Mbembe said she was delighted to pay the same amount for a decent two bedroom flat where she will live happily with her three children and her husband with some privacy.

“My husband and our three children now have the luxury of a two-bedroom home. The environment is safe for the children, there is a play area, a braai place and CCTV cameras all about,” she said.

“I’m from the Eastern Cape and I came here two and half years ago because of work. This place is close to taxi ranks, grocery stores, schools and the airport.”

The R127m project was initiated by the human settlements department and the Social Housing Regulatory Authority (SHRA).

Rory Gallocher, the CEO of SHRA, said the facility has 312 units, with 226 occupied. “The rest will be occupied by December and we have given first preference to Kempton Park residents to be relieved from paying ridiculously high rentto private property owners,” he said.

The complex aims to build an integrated community, with jungle gyms and a community centre.

Another beneficiary, 40-year-old Vuyiswa Stofile, expressed excitement at the sight of her new home.

“I have been renting rooms for over 10 years and struggling with my two children. Rent is very expensive in the city and this project has afforded me the opportunity to have dignified home,” said Stofile.

She said she was previously renting a room in one of the flats in Kempton Park for R2,000 a month.

“The unit has a bathroom, toilet and an open-plan kitchen. My children have privacy and security because the area is safe and I will be paying far less rent,” she said.

The agency of the department of human settlement tasked with driving the rollout of the controversial tin shack houses to vulnerable communities ...
News
1 year ago
Next Article