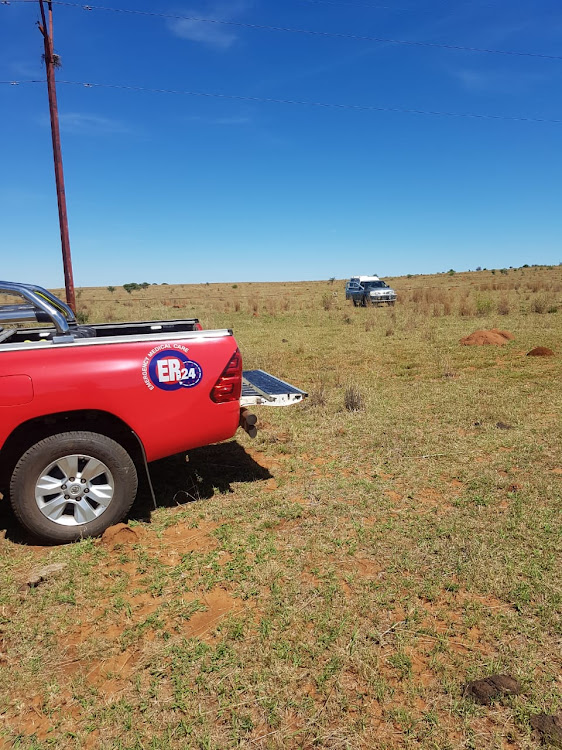 A 48-year-old man and several cattle were electrocuted when a high voltage cable collapsed on a farm near Potchefstroom on Saturday.
Image: Supplied

A 48-year-old man is in a critical condition after being electrocuted on a municipal community farm on the R54 between Potchefstroom and Vereeniging on Saturday, paramedics said.

“At 9.45am ER24 arrived on the scene and found a 48-year-old male patient sitting in the veld. The man and several cattle had been electrocuted by one of the high voltage cables running over their land, which had now collapsed.

“The medics assessed the man and found that he had sustained serious burn wounds and was in a critical condition. The man was treated and provided with several advanced life support interventions before he was transported to Potchefstroom Provincial Hospital for further care,” Meiring said.

“A team of electricians were called to the scene as well as a team from the local SPCA to assess the scene and care for other animals that might have been injured,” he added.

Boy, 8, dies after being electrocuted by open wires in veld in Eastern Cape

An eight-year-old boy died after he was electrocuted by open electrical wires in a veld in Despatch, outside Port Elizabeth in the Eastern Cape, on ...
News
1 year ago
Next Article