Ramaphosa to address the nation next week on Covid-19 developments 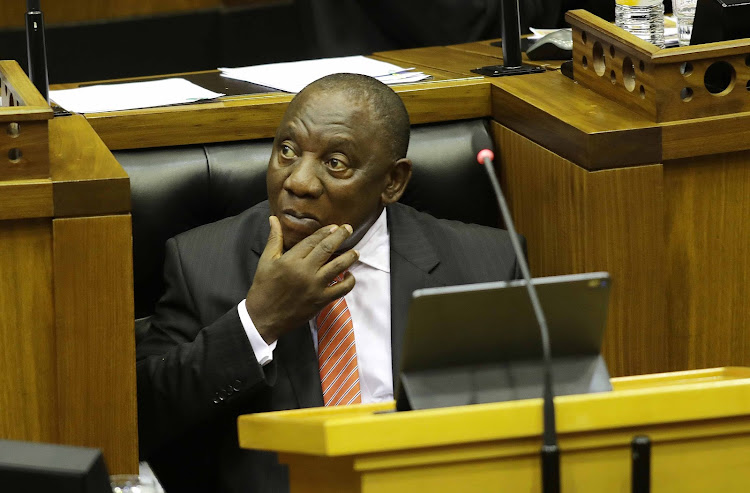 President Cyril Ramaphosa is scheduled to address the nation next week about the government's response to Covid-19.

Minister in the presidency Jackson Mthembu said on Thursday that the national coronavirus command council (NCCC) would meet next week and Ramaphosa would  address the country afterwards about developments in the risk-adjusted strategy to manage the spread of the virus.

He said the cabinet was concerned that some people were behaving recklessly and irresponsibly, as if Covid-19 no longer existed.

“Cabinet calls on all people in SA to continue adhering to the health protocols of practising social distancing, wearing masks in public and washing our hands with water and soap or an alcohol-based sanitiser and avoiding large gatherings,” said Mthembu.

“Such consistent considerate behaviour remains the greatest defence in protecting ourselves and others against the virus. Our responsible actions will ensure we minimise the rates of infections while we continue to rebuild our economy.”

Mthembu would not speculate when asked whether cabinet felt SA would need a stricter lockdown or if things were under control, only saying an announcement would be made by the president next week.

“Can we allow the president to take us into his confidence, particularly after the national coronavirus command council and cabinet have met,” he said.

Meanwhile, Mthembu has defended the government, saying it has not deviated from the timeline that was announced by Ramaphosa regarding the payment of Covid Temporary Employer/Employee Relief Scheme (Ters) benefits.

It emerged earlier this week that the NCCC had decided not to extend the scheme beyond mid-September, drawing criticism from lobby groups and unions.

Ramaphosa announced earlier this year that the scheme would be available until the end of the state of disaster.

Projects to be done differently to get better results – Ramaphosa

President Cyril Ramaphosa has promised that the government will implement infrastructure projects differently to re-boost the economy and create the ...
News
1 year ago