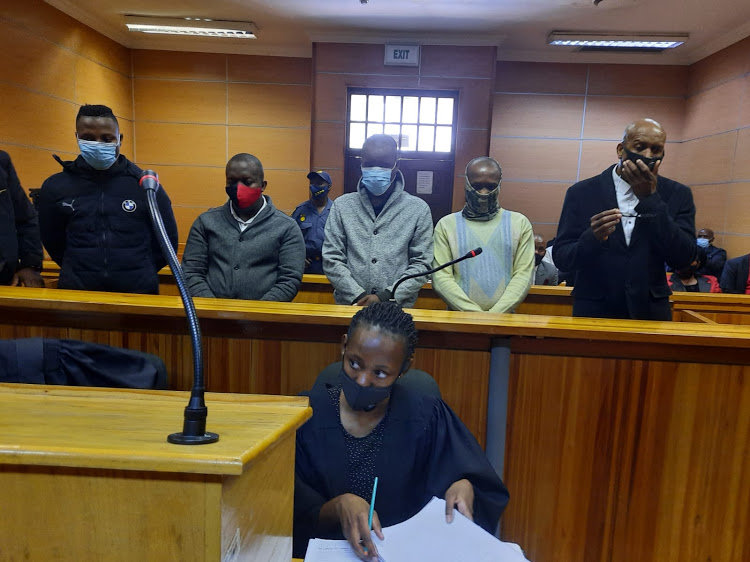 The case against five men arrested in connection with the murders of businesswomen Makoena Leshabane and Tebogo Mphuti was postponed to November 10.

The two women were murdered last month in a hail of bullets in Polokwane, where they were looking at business premises.

Thabo Leshabane, the husband of Makoena, was arrested two weeks after the murder, along with four other suspects at different locations in Gauteng.

The husband of one of the two businesswomen who were killed execution style in Limpopo briefly appeared in court yesterday charged with his wife's ...
News
1 year ago

Makoena Mabusela-Leshabane, 46, a senior aviation finance consultant, and her friend Tebogo Mphuti, 35, who was in construction and property, were ...
News
1 year ago

Limpopo police spokesperson Col Moatshe Ngoepe said the five were each facing two counts of murder and illegal possession of firearms and ammunition, and were remanded in custody.

Makoena’s family spokesperson, Mmakgabo Ramotshela, previously told said that losing the two women was heartbreaking, but said it was almost more hurtful finding out that the husband had been arrested for the murders.

“A son-in-law becomes a son. They have children together. Those children have blood from both families. Can we be an enemy to him and be parents to his children? He has put us in a serious predicament, but it’s something we are trying to navigate through,” said Ramotshela.