Firefighter goes beyond call of duty 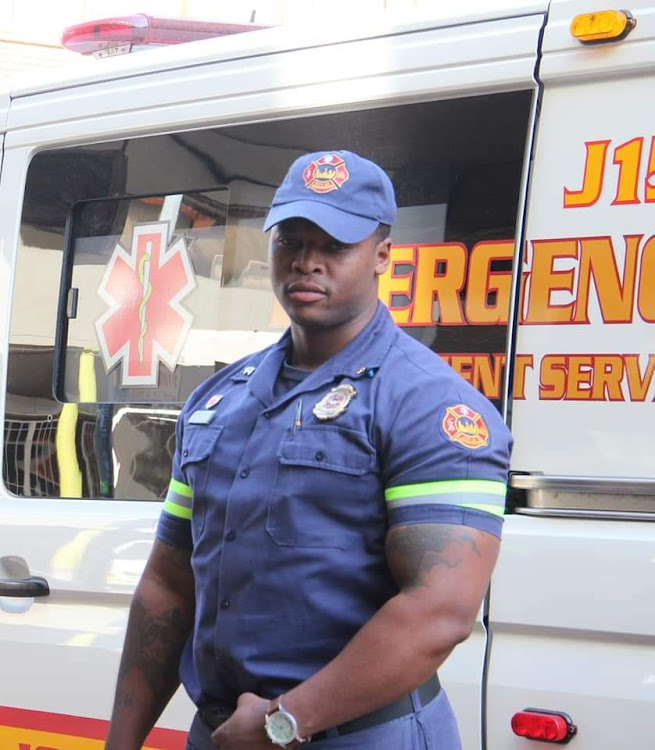 Firefighter Prince Zwide Masuku was on his way home on Sunday after working the nightshift when he sprang into action to rescue a family of three in distress.

The 32-year-old Masuku saw a  car swerve and roll in a flooded spot on the road near Huntersfield Stadium in Katlehong before slipping into a small lake near the road.

"She hit a puddle of water and lost control of the car. She swerved left then right before falling into the small dam. I was driving in the oncoming lane and saw the car swerving and immediately made a U-turn, stopped and jumped into the water to get the family out of the car,” he said.

Masuku, a Katlehong resident, said that the lake's water level had risen sharply because of the floods from the heavy weekend downpour. He said the water was at shoulder height when he waded in.

I will definitely not Stop Praying for The Strength and Energy,Braveheart that God Has Been able to give me today..this...

The firefighter said he first got the little girl out of the car, then her brother, who he bandaged as he believed he had hit his head on the dashboard, then their mother.  Masuku said he has never done something like this before but jumping into action to save the woman and her children came naturally to him.

“I’m a firefighter by profession, so the instinct to save the people [just kicked in]. I didn’t think, to be honest. I just wanted to get them out. We took an oath, be it off duty or on duty, we took an oath to help the community, so this was one of the off-duty things that I did. I was not going to pass by whether I was off duty or not.”

Masuku said a man helped by calling Emergency Medical Services but it took a while for them to get there.

When they arrived he helped put the mother onto a spine board as she complained of neck pain.

Paballo Lobone, the paramedic and firefighter who has been hailed as a guardian angel to the destitute, has finally landed himself his dream job ...
News
1 year ago

Covering the scars of unhappy times with tattoos

There’s a saying popular on social media that goes, ‘Thank goodness I don’t look like what I have been through’  which resonates with a lot of ...
Good Life
1 year ago

Masuku had not spoken to the family at the time Sowetan contacted him. However he said she had commented on his Facebook post about the incident and said that her son was alright and had slept well.

Masuku believes that more people should try to help when they come across people in distress, and not take pictures or gawk.

He said that on the day of the incident there were other people who helped him when he was taking the family out of the car. People he handed the kids to and also those who called the Emergency Medical Services.

Masuku is stationed at Fairview fire station where his station commander, Michael Matlawe, said: “Fortunately our firefighters are multi-skilled, they are firefighters and paramedics and also he [Masuku] is a member of the drill squad for the whole City of Johannesburg. This is a guy [Masuku] who is very calm, collected, punctual and very committed to his work.”

*A drill squad is responsible for the ceremonial functions of the city. You will most likely see them at official funerals. They are identified by their gold hats.