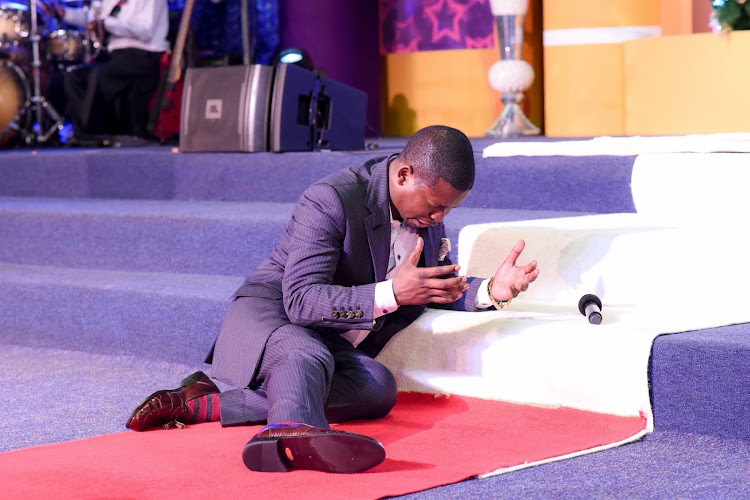 Shepherd Bushiri and his wife Mary must wait until Wednesday to hear the outcome of their bail application in the Pretoria magistrate's court. File image.
Image: Facebook/ Enlightened Christian Church

Enlightened Christian Gathering pastor Shepherd Bushiri and his wife Mary, along with one of their congregants, will hear the outcome of their request to be released on bail at 10am on Wednesday.

Magistrate Thandi Thelede adjourned the case after a brief hearing on Monday. She said she needed time to consider the information presented in court by the legal teams.

They have been held in custody since October 20.

The state has argued that there is a high probability that if the accused are released on bail, they will try to evade trial.

Advocate Annelene van den Heever, representing the Bushiris, however, maintained that her clients were prepared to abide by the bail conditions set in 2019, which included that they stay in Gauteng and could only travel to the North West to attend to their Sparkling Waters Hotel.

The couple and co-accused Landiwe Ntlokwana are charged with fraud and money laundering related to an investment scheme valued at R102m.

Enlightened Christian Gathering (ECG) church leader Shepherd Bushiri, his wife Mary and two co-accused were granted bail in the Pretoria magistrate's court on November 4 2020. While another accused has not yet applied for bail, all five of the accused have been charged with fraud, theft and money laundering.

Bushiri had diplomatic passport but not diplomatic status, court hears

Self-proclaimed prophet Shepherd Bushiri's lawyer on Friday handed in papers to the court, purportedly from the Malawian government, stating that ...
News
1 year ago

WATCH LIVE: Bushiri and wife back in court for bail application

Religious leader Shepherd Bushiri and his wife Mary are back in the Pretoria magistrate’s court. Both are facing charges of fraud, theft and money ...
News
1 year ago
Next Article