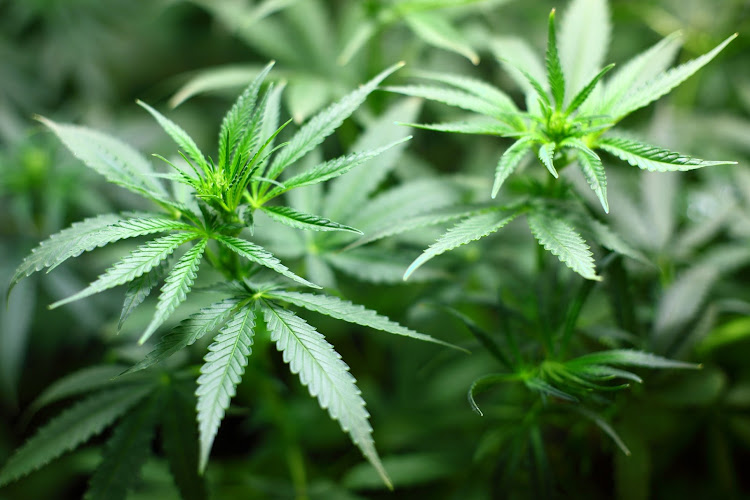 The high court in Cape Town has set aside a search warrant authorising the seizure of electronic gadgets belonging to a man accused of dealing in dagga..
Image: www.pixabay.com

A Western Cape man accused of dealing in cannabis has scored a minor victory, thanks to a magistrate’s failure to issue a comprehensible search warrant.

Oosthuizen was then arrested “on a charge of dealing in cannabis, alternatively possession of cannabis”.

In July, Oosthuizen challenged the legality of the search warrant in the high court in Cape Town. He cited Le Roux, police minister and captains Christiaan Rossouw and Danie Rautenbach as respondents. On Thursday, acting judge Michelle Norton set the search warrant aside.

Dagga worth over R1m seized on N3 by Maritzburg police

Pietermaritzburg police seized a consignment of dagga with a street value of about R1.1m on Friday.
News
1 year ago

“I find that the warrant is to be set aside on the grounds that ... it does not indicate with reasonable intelligibility or the required specificity the nature of the suspected offences and ... it provides for the seizure of an impermissibly broad category of articles falling within the description ‘all electronic equipment' which include cellphones, desktop computers, laptops and iPads,” Norton said in the judgment.

The respondents opposed Oosthuizen’s application except for Le Roux. Le Roux did not file an affidavit explaining how he arrived at his decision.

“The magistrate, who is cited as the first respondent in the application, did not oppose the application or file an affidavit setting out his version, but delivered notice of his intention to abide the decision of the court,” Norton said.

Rossouw stated in an affidavit, meant to convince Le Roux to issue the search warrant, that he received “information” from a reliable source that cannabis was being produced on Oosthuizen’s property.

In the affidavit, Rossouw said information indicated that cannabis was produced in an “organised manner” by means of “hydroponic processes under nets” and that cannabis oils were being extracted from the plants through the means of pressure cookers or kettles in a bunker on the small holding.

According to court documents, Rossouw asked Rautenbach, the detective commander in Gansbaai, to confirm the address and determine whether there was a cannabis cultivation plantation and a bunker on the property.

Two men in their forties will appear in court on Wednesday after being caught allegedly transporting an "assortment of illegal drugs" worth about R2m ...
News
1 year ago

In an affidavit, Rautenbach told Le Roux: “During the observation it was found that it appears that dagga is being cultivated in a hothouse situated on the northern side of the smallholding at the back. I took photos of the property. I also noticed that there is a structure at the back of the property which consists of an underground and a surface level. There are even stairs which provide access to the structure ... I also took photos and video of the structure. In my opinion and experience in the police it did indeed appear that the property satisfies the information which exists and that dagga or drugs are indeed being cultivated.”

Oosthuizen was arrested after the search and seizure. But he put up a legal fight and challenged the search warrant. Oosthuizen said the warrant did not specify a period of validity, referred to the incorrect provisions of the Drugs Act and incorrectly referred to the substance “dronabinol”,  gave a wrong address for his property, authorised the execution of the warrant by named police officials as well as “any other SAPS member that can be of assistance during search” and permitted the seizure of “all electronic equipment”.

“As a threshold point, [Oosthuizen] contends that the magistrate’s failure to depose to an affidavit means that the allegation that he failed to apply his mind stands unchallenged and must be accepted. There is no merit in this submission.

Norton found that: “The warrant contains no date, next to the words ‘warrant valid until’, on which the warrant would ‘expire’. On the face of it, this renders the warrant overbroad in its duration.” The acting judge also found the description of the suspected offences in the warrant concerning. One of the concerns was reference to “dronabinol, which is an altogether different substance to cannabis”.

“Finally, there is the question of the articles which Capt Rossouw was authorised to seize. These included a category of articles described as: ‘All electronic equipment which include cellphones, desktop computers, laptops and iPads.' the judgment reads.

“This category of articles is strikingly broad. While the description ‘all electronic equipment’ is arguably narrowed by the reference to specific types of electronic devices, the warrant does not distinguish between the electronic devices themselves and any material or information stored on them, let alone identify the material to be seized as material which might have a bearing on the suspected offence,” the judgment reads.

“In respect of the iPhone seized and removed from the property in terms of the search warrant, the [Rossouw] shall within five court days of the date of this order hand over to the registrar all copies and images of the material on the iPhone which the [police minister or Rossouw] or their agents may have made while the iPhone was in their possession,” Norton ruled.

“The registrar shall retain the copies and images referred to in ... this order and keep them safe and intact under seal until ... the conclusion of any criminal proceedings instituted against [Oosthuizen] arising from his arrest on May 21 2020, the date upon which a decision is taken by the National Prosecuting Authority not to institute, or to abandon, any such criminal proceedings or the registrar is notified by [Rossouw] or the National Prosecuting Authority that the retained items or any of them may be returned to [Oosthuizen] whereupon the items so retained shall be returned to the [Oosthuizen].”

The police minster and Rossouw were ordered to pay 50% of Oosthuizen’s costs.