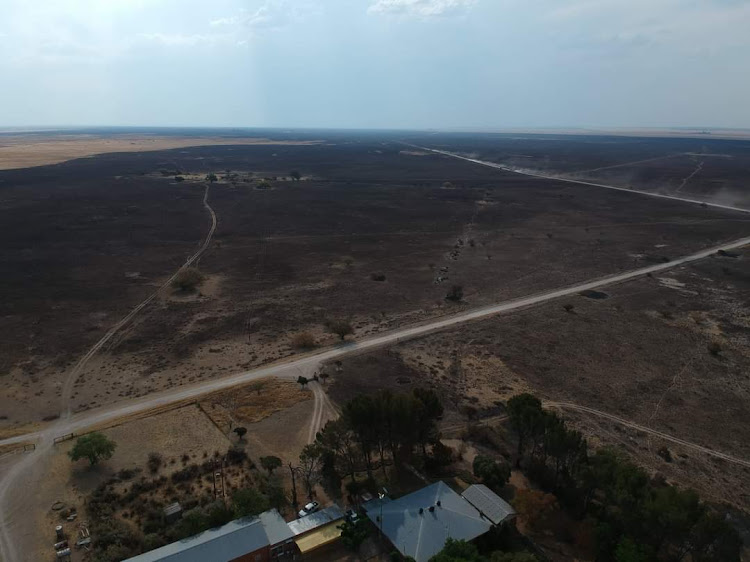 Two weeks after farmers in Hertzogville in the Free State lost hundreds of animals and land to raging fires, plans have been put into action to help them rebuild their lives.
Image: Supplied

Two weeks after western Free State farmers lost hundreds of animals and land to raging fires, plans have been put into action to help them rebuild their lives.

The fires erupted as a result of protest action in the Malebo township over a lack of water.

Civil organisation AfriForum said on Friday millions of rand, in addition to tonnes of products, had been raised to supported the affected farmers.

“AfriForum has already collected more than R4.5m in co-operation with other organisations such as Agri NW, Free State Agriculture, Caring Daisies, Gift of the Givers, Saai, the Solidarity Helping Hand, TLU North West, Vuilskapie, Boeredroogtehulp SA, Save the Sheep, Droogte Hulp and Boere in Nood.

“These funds will be utilised to support farmers where there is severe need. Hundreds of tonnes of fodder have already been sent or are now being delivered,” said AfriForum's Andrea van Wyk.

He also applauded ordinary members of the public who delivered thousands of boxes with tinned food, long-life milk, toiletries, sugar, flour, coffee, tea, rusks and medicine to AfriForum’s head office in Centurion over the past few days. 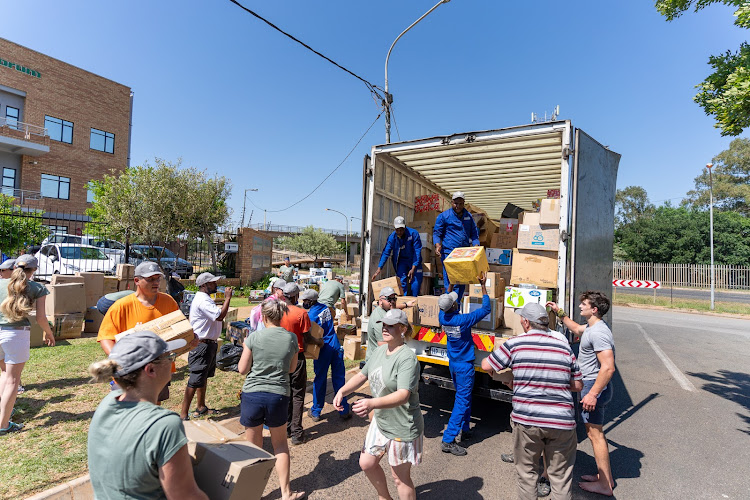 Plans have been put into action to help western Free State farmers who lost hundreds of animals and land to raging fires two weeks ago to rebuild their lives.
Image: AfriForum

Van Wyk said the first trucks loaded with these boxes would be sent to the Free State on Saturday, where at least 100,000 hectares of pasture were destroyed by fire. The areas most affected included Dealesville, Hoopstad, Bultfontein, Warrenton and Boshof.

Goods will then be distributed by local agricultural organisations to farmers who were affected by the fires.

Spokesperson for AfriForum’s Box for a Farmer project Henk Maree said the support received had been overwhelming.

“The reaction to AfriForum's call for support to farmers is overwhelming. We are grateful to every person, company and institution who opened their hearts and wallets to support farmers who lost almost everything in the fires. The donations from the public enabled us to help these farmers.

“After the devastation that the fires caused there, one simply cannot but do everything possible to help them. The damage is indescribable.”

Maree added that the food donations collected so far were more than sufficient to take care of the current needs of the farmers. “In the next week the various organisations will continue to support farmers by providing fodder.”

NPO Boere Droogtehulp is offering assistance to farmers affected by the recent fires.
News
5 months ago

IN PICTURES | Hertzogville farmers say they were caught in the fire

While the community of Malebogo informal settlement, Hertzogville, is responsible for fires that have ripped through Free State farmlands this week, ...
News
5 months ago

Hundreds of cattle had to be euthanised to relieve their suffering from extensive injuries sustained during fires which caused havoc in the Free ...
News
5 months ago
Next Article