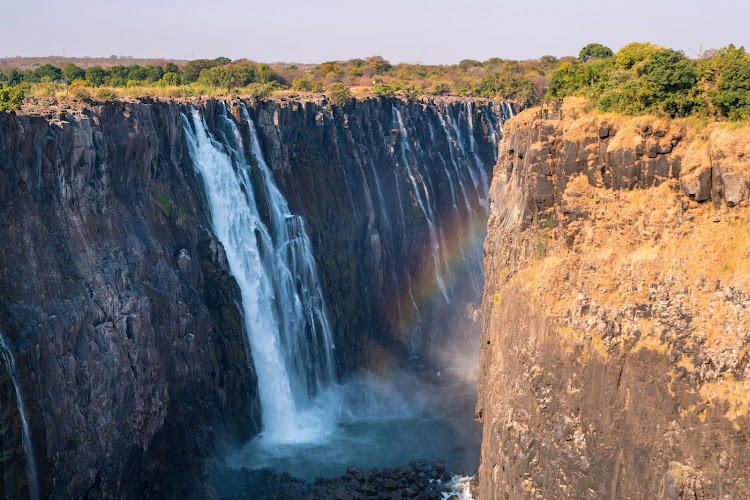 A search was launched in the mountainous and densely forested area between Chirundu and the Zambezi Valley.
Image: Dietmar Rauscher/123rf

A South African researcher was killed and two people badly injured in an aircraft crash in Zimbabwe’s Zambezi Valley at the weekend. Another person is missing.

The Zimbabwe Parks and Wildlife Management Authority (ZimParks) plane went missing on Friday afternoon. It was found crashed on Sunday in the Chewore North Safari Area, in the mid-Zambezi Valley.

The Cessna 182 light aircraft, with two South African researchers and two Zimbabweans on board, was conducting aerial surveys for elephants and other large herbivores when it disappeared off the radar.

A search was launched in the mountainous and densely forested area between Chirundu and the Zambezi Valley.

The dead South African was found under the wreckage and the other two survivors — the pilot and a South African scientist — were found in a critical condition in the plane. They were airlifted and admitted at a private hospital in Harare.

Two people were killed when a light aircraft crashed near Hilton in the KwaZulu-Natal Midlands on Saturday.
News
1 year ago

The fourth person, a Zimbabwean, is still unaccounted for.

ZimParks spokesperson Tinashe Farawo told SowetanLIVE sister publication TimesLIVE it was not yet clear what caused the crash, saying investigations were in progress.

“The Civil Aviation Authority of Zimbabwe is still carrying out investigations. The plane was found crashed in Chewore, mid-Zambezi.

“Authorities recovered the body of a South African while another two people were found badly injured. The Air Force of Zimbabwe and authorities in Zambia are helping in the search for the fourth person, who remains missing,” said Farawo.

The ZimParks spokesperson could not yet formally release the names of those involved in the crash.

One person was killed and another critically injured on Wednesday when a light aircraft crashed at a field in Springs, on Gauteng's East Rand.
News
1 year ago

The Civil Aviation Authority is investigating the aircraft accident in Pretoria on Tuesday that claimed the life of Anika de Beer.
News
1 year ago
Next Article