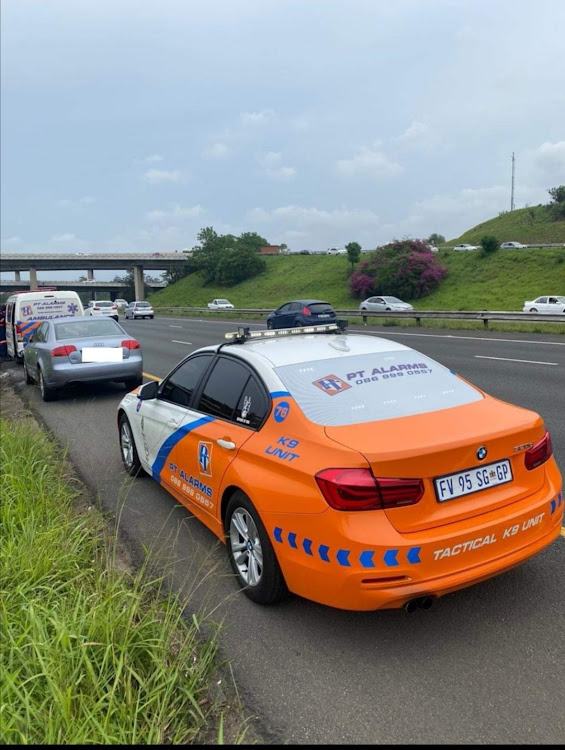 The scene where a woman and her daughter were attacked by an unknown man at Durban's notorious Spaghetti Junction on Thursday.
Image: via Facebook

A woman was stabbed and robbed after her vehicle broke down at the notorious Spaghetti Junction in Durban on Thursday.

According to PT Alarms spokesperson Trishen Govender, the woman was with her daughter when she experienced car trouble while travelling south on the N2.

Govender said a man approached them and tried to break a window.

The woman and her daughter tried to escape by jumping out of the vehicle, but the man allegedly chased the older woman.

“The suspect stabbed her on the left hand and stole her handbag.”

Govender said a team, including an ambulance, was dispatched to assist the mother and daughter.

“Female motorists are urged to be extra cautious when stopping or during a breakdown. Lock doors and close the vehicle's windows. Immediately alert your towing service and a family member of your location,” said Govender.

Criminal elements have previously attacked motorists on that stretch, either stoning cars or ambushing them.

Police did not immediately respond to a request for comment.

'Dedicated' teacher knifed to death on way to work

Teacher Mpharwane Makumane was on her way for the morning accounting classes when her life was cut short abruptly.
News
1 year ago
Next Article