Self-styled prophet Shepherd Huzley Bushiri and his wife Mary will spend another weekend behind bars after their bail hearing was postponed to Monday morning.

Magistrate Thandi Theledi granted the postponement after the state requested to file the heads of argument.

Theledi said she gave the nod to the prosecutor's postponement request as she was not ready to make a ruling on the matter on Friday afternoon.

The defense legal team tried to voice their opposition to the postponement, questioning why the prosecution was being given additional time to file heads of argument. However, Theledi declined to entertain their arguments as she had already ruled on the postponement.

The Bushiris and three others are accused of fraud and money laundering involving R102-million.

The Bushiri's advocate Anneline Van Den Heever argued during the hearing that they should be released on bail amounting between R100 000 and R200 000 as they were not flight risk.

Co-accused Zethu Mudolo requested the court to grant her bail for R20 000 as she was unemployed and she features as an accused person in the fraud and money laundering due to her husband Willah.

Her lawyer also told the court that the accused were not earlier shown the charge sheet and the list of people who were going to be witnesses against them.

Zethu's lawyer said they only recently saw that the charges ranged between 2017 and 2019 and include fraud and money laundering.

He also described the arrest of Zethu, who was nabbed by a special task force while she was in the company of her nine-month-old and four-year old offspring, as totally unnecessary.

The lawyer also revealed that the diet of accused Zethu's toddler was negatively impacted following the arrest as the offspring has not been breastfed while the mother was placed on detention.​ 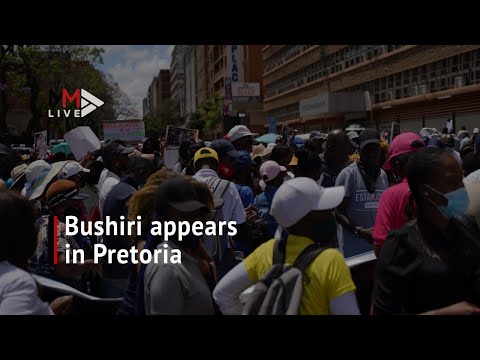