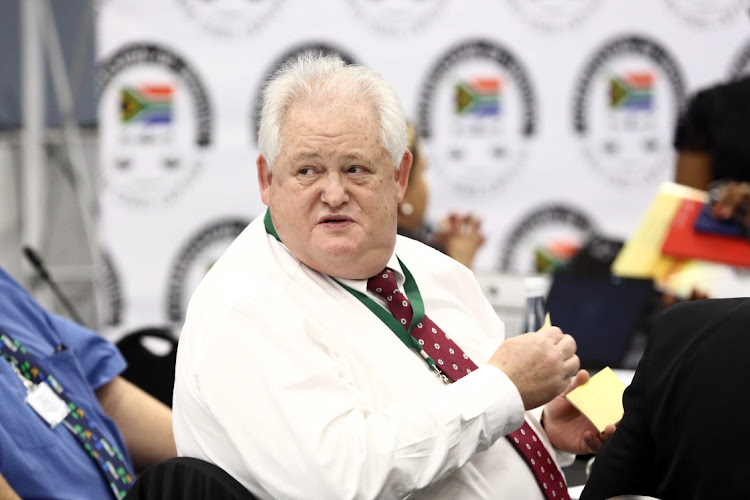 Former Bosasa COO Angelo Agrizzi succeeded in his application to be released on bail on Friday after the high court in Johannesburg upheld his appeal.

The high court released Agrizzi on bail equal to the full value of the property Agrizzi purchased at Castel del Piano in Italy in March last year.

The house is valued at about R16m.

The court also ordered that Agrizzi hand over the title deed of the property to the investigating officer.

Agrizzi was appealing against a decision of the Johannesburg Specialised Commercial Crimes Court on October 14, which denied him bail when he made his first appearance on a charge of corruption.

The charge is related to gratifications Agrizzi allegedly gave to former ANC MP Vincent Smith in the form of security upgrades to his home and cash transferred into his personal bank account via a Euroblitz bank account.

These gratifications were allegedly in exchange for the use of Smith’s political influence as a ruling party MP to shield Bosasa from accountability for corrupting officials in the correctional services department who had awarded Bosasa contracts worth billions.

Agrizzi had indicated he intended to plead not guilty to the charge.

The court sitting at the Palm Ridge magistrate's court reasoned that Agrizzi was a flight risk as he did not declare all his overseas assets when he applied for bail.

Agrizzi took ill a day after being denied bail and was first admitted to Chris Hani Baragwanath Hospital before being transferred to a private hospital as his health condition deteriorated.

His life partner, Debbie Agrizzi, said last week he was in a critical condition after suffering a heart attack last Wednesday.

During his bail appeal before the high court in Johannesburg on Monday, Agrizzi's advocate Mannie Witz presented a report from a specialist at the private hospital stating that Agrizzi was gravely ill in the hospital's ICU, where he remained ventilated and on dialysis.

The former Bosasa executive is being stabilised in high care, his lawyer says.
News
11 months ago

Despite his condition, Witz said, he has been tied down to his hospital bed with three correctional services officials standing guard inside the ICU ward, three on guard outside the ward and three posted in the hospital's parking lot.

Witz had argued in the high court during the appeal against refusing him bail that magistrate Phillip Venter had not taken Agrizzi's medical condition into account when he refused to release him on bail.

The state said there was no problem with Agrizzi owning overseas assets. The problem, according to the prosecution, was that Agrizzi chose to mislead the court regarding his assets and where they were held.

In his judgment on Friday, judge Ratha Mokgoatlheng said Venter misdirected itself when he compared Agrizzi's likelihood to flee with the Gupta family, who have left the country.

Venter had said the Gupta family's exit from SA had caused serious difficulties for the National Prosecuting Authority in its efforts to prosecute alleged state capture corruption. Venter said he cannot contribute to yet another name being added to that "headache".

"The magistrate unintentionally traversed events in the public domain which were not ventilated in the court of law. This is a misdirection," said Mokgoatlheng.