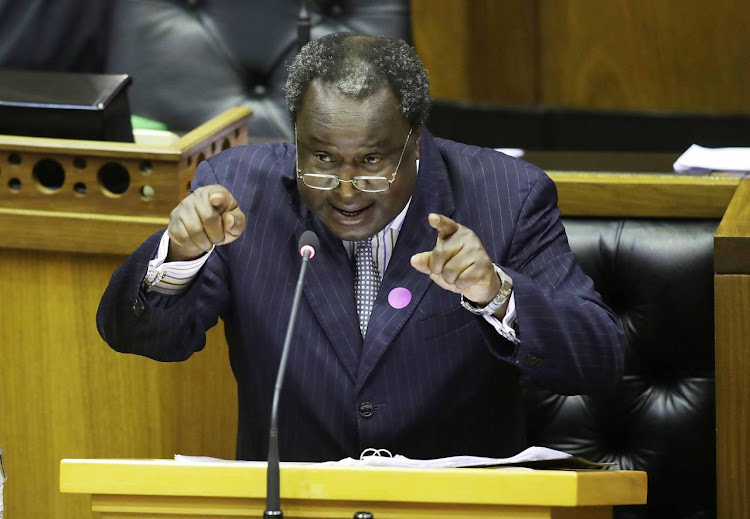 “I am completely dismayed at the remarks made by finance minister Tito Mboweni about Tygerberg Hospital in his budget speech in which he claims that wards are racially segregated. This is an outright lie and Minister Mboweni should be made to apologise for misleading the house,” Mbombo said.

The DA’s chief whip Natasha Mazzone has also threatened to lay charges against Mboweni with the ethics committee for his comments. 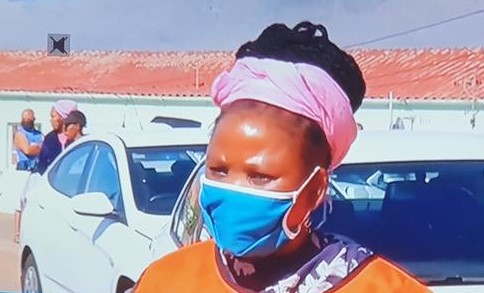 During his address on Wednesday, Mboweni outlined infrastructure and structural reforms which he said were at the centre of a recovery plan that would include renovations at hospitals, including Tygerberg Hospital, which Mboweni said still had a black and white section, structurally.

Mboweni said the budget facility for infrastructure will support new projects through blended finance in partnership with the private sector. These include hospital projects in KwaZulu-Natal such as the extension of Chief Albert Luthuli and in the Western Cape, like Tygerberg Hospital and Klipfontein.

Mbombo said Mboweni has completely ignored the simple truths about the hospital, which includes its medical innovations during the Covid-19 pandemic and its world class expertise in infectious diseases.

During his budget address Mboweni said the hospital should be rebuilt.

But in a Twitter exchange that ensued after his budget speech, Mboweni told Mbombo not to over-react, saying his segregation comments referred to the hospital structure rather than wards.

“Please do not over-react. There are still two structures there at Tygerberg Hospital. One was for blacks and the other for whites. They exist. What does not exist any longer is the segregation of patients. That is the reality. You might not like it.”

@WCHealthMEC. Please do not over-react. There are still two structures there at Tygeberg Hospital. One was for blacks and the other for whites. They exist. What does not exist any longer is the segregation of patients. That is the reality. You might not like it.

Mbombo responded that the segregated structures, which were built during apartheid, had nothing to do with the DA, which took over the Western Cape from the ANC only in 2009.

“Also, central hospitals are a national competency but you neglected them and provinces now footing bill,” she tweeted.

“This ‘Fake News’ has one objective in mind: to detract from the ugly truth that the national government is going to pour another R10.5bn into the bailout of SAA. This multibillion-rand flight of fancy will undermine the jobs, safety and wellbeing of millions of South Africans, and the Western Cape government will have to help pick up the tab,” said Mbombo.

The issue of whether to rebuild Tygerberg Hospital has been a subject of contention in the last six years, and both the national government and the Western Cape administration have been flip-flopping on plans to revamp the 1,400-bed hospital.

In 2014, then Western Cape health MEC Theuns Botha announced that the hospital would be rebuilt between 2017 and 2020 at a cost of R5bn to address its “Vootrekker Monument” structure that represented SA's ugly past.

At the time, Botha and the former head of the department, Craig Househam, said the hospital, which was built as two matching hospitals serving blacks on one side and whites on the other, was not user-friendly and was often inefficient. This was due to its design, which featured long dark corridors and 27 entrances.

As a result of this design, Botha said security was a major challenge.

In 2009, the Western Cape cabinet recommended that it be redeveloped following a 2005 report by the Council for Scientific and Industrial Research (CSIR), which found it to be in a poor state. The newer hospital was expected to be slightly smaller though, with 1,200 beds.

But in 2016 Mbombo, who had been appointed as health MEC for the Western Cape the previous year, said the revamp of the hospital would no longer happen.

Technology, in the form of a robot named Quintin, is helping families get in touch virtually with their loved ones who have been isolated at ...
News
11 months ago

At the time, she said the national department of health had informed them that the Tygerberg and Groote Schuur hospitals would no longer benefit from the revitalisation programme as these facilities had “unduly benefited” from investments during apartheid.

But the department of health denied it had cut the Western Cape’s budget, saying the province had consistently underspent over the years.

When TimesLIVE contacted Mbombo’s office on Thursday morning, her spokesperson Nomawethu Sbukwana had no knowledge of the details surrounding the revamp of Tygerberg Hospital and referred us to the Western Cape health department spokesperson, Mark van de Heever, who was not immediately available.

In her statement on Wednesday about her gripe with Mboweni, Mbombo said some of the facts about Tygerberg that the finance minister ought to have mentioned include:

“To claim that these dedicated men and women, who have worked long, difficult shifts over a period of months to save lives, would stand for racial segregation in their wards is deeply insulting.”