Former minister fingered in purchase of farms at inflated prices 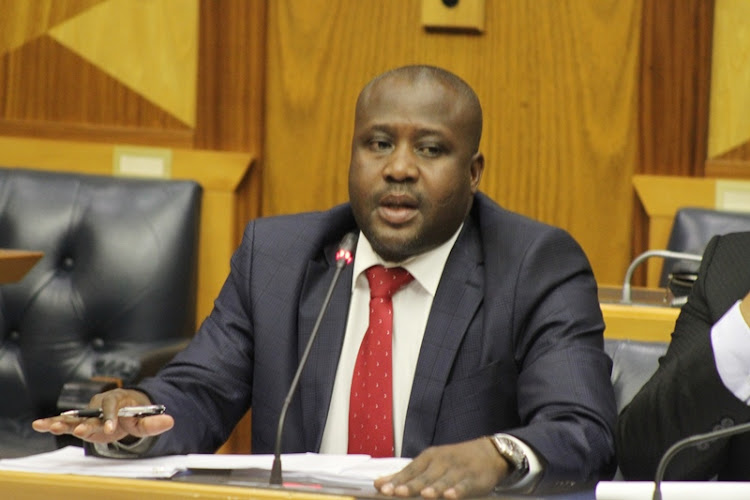 Bongo will today be among 11 people to appear before the Nelspruit regional court for his alleged role in the deals where prices were supposedly inflated. The deals happened during his tenure as a senior government official in Mpumalanga.

Bongo was the department's head of legal services and was allegedly involved in the deals that allegedly resulted in the government overspending by R54m when purchasing three farms for township development.

Bongo confirmed to Sowetan that he will be appearing in court today. “I don't know what the charges are. I will only talk tomorrow when I come out of court,” Bongo said.

“I'm going to take questions, all questions that anyone wants to ask me and from there I won't take any more questions.”

Bongo, who is the chair of the portfolio committee on home affairs in parliament, is also facing charges of corruption related to an attempt to allegedly bribe advocate Nththuzelo Vanara, evidence leader of parliament’s public enterprises committee inquiry into state capture at Eskom in 2017.

Bongo told TimesLIVE he was 'still busy with the process you are calling me about' when asked for comment.
News
1 year ago

Hawks spokesperson Philani Nkwalase confirmed that 11 people would be appearing in court in relation to the land deals that resulted in the provincial department of human settlements buying three farms in 2011 at grossly inflated rate of just under R124m while they were worth about R71m.

“It is alleged that during February 2012 a complaint was made about the Msukaligwa municipality that allegedly bought a Rietspruit farm in Ermelo worth R11m yet sold for about R36.4m in 2011, to develop a township whilst the municipality owned a farm that could have been utilised for the same purpose,” Nkwalise said.

He said a multi-agency investigation that included the Specialised Investigating Unit (SIU) and the National Prosecuting Authority was under way.

“Another whistle blower alerted the investigators to two other deals involving two farms, a 70ha Malelane farm worth R44m that was allegedly sold to the municipality at R50m in 2011 and a 74.2ha Naauwpoort [farm] in eMalahleni worth R16m apparently sold for R37.5m,” Nkwalise said.

Nkwalise said government overspent by about R54m more than the market value of the farms with money being channelled through five companies.

“An intricate paper trail was created including applications by the municipalities, valuation report and internal correspondence in order to justify the deals,” Nkwalise said.

In November 2017, Sunday Times had reported on how a portion of the R37m used to fund one of the land deals was allegedly used to build a house for Bongo.

Conveyancers in the deal allegedly paid R1.5m into the account of a company belonging to Bongo’s wife, which was allegedly used to build a home in Nelspruit.

Sunday Times also reported that the same conveyancers had paid R300,000 towards a new BMW X5 for Bongo.

The allegations were contained in a forensic audit by a SIU team which found that Bongo had allegedly received R1.5m cash on May 13 2011 deposited by a law firm into the bank account of a company solely owned by his wife, Sandile Nkosi.

ANC MP Bongani Bongo was back in parliament on Tuesday, chairing the home affairs portfolio committee and saying his party was still processing ...
News
1 year ago

The Umkhonto we Sizwe national council has come out strongly against Tony Yengeni, accusing him of failing to lead the project of unity in the ANC
News
1 year ago

ANC MP Bongani Bongo has made a U-turn, saying he is not stepping aside as chair of parliament’s portfolio committee on home affairs, nor from the ...
News
1 year ago
Next Article