Poor lighting, unemployment and substance abuse among concerns for police 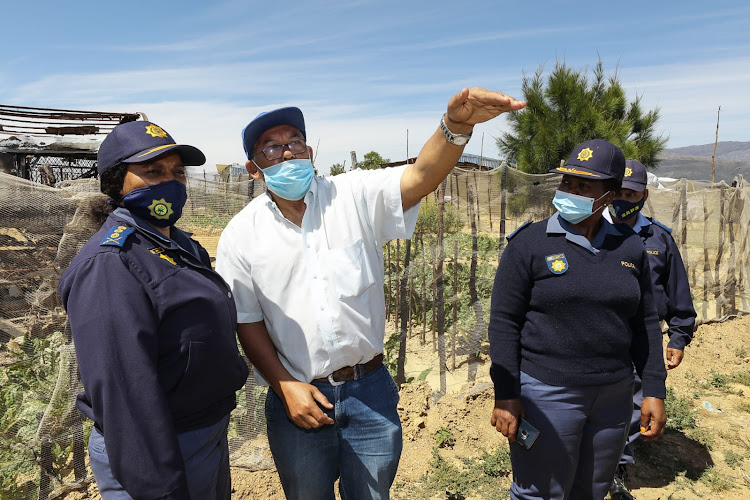 A 33-year-old suspect linked to the murder of a young woman in Wolseley, in the Western Cape, is expected to appear at a local magistrate’s court on Tuesday — three days after he was bust while dragging her body.

Subsequent to his arrest on Saturday night, the police made another gruesome discovery in Pine Valley informal settlement on Sunday after being alerted to a shallow grave, which led to the discovery of a woman’s body. Another shallow grave was later discovered and a third body was found.

Western Cape police commissioner Lt-Gen Yolisa Matakata, who visited the informal settlement on Monday, has described the murders in the quiet little town as “shocking”.

“The discovery of three bodies shocked the management of the SAPS in the province, hence the [commissioner’s] visit,” said police spokesperson Brig Novela Potelwa.

She said Matakata’s visit was aimed at establishing the underlying issues. “It is on that basis that she received a briefing from the [Wolseley] station management. Second, she was appraised on the progress of the investigation in an effort to ensure the probe was progressing well.

A 33-year-old suspect has been arrested by police in Wolseley, Western Cape, after he was seen dragging something that turned out to be the body of a ...
News
11 months ago

“The visit to the area was kicked off with a briefing at the police station led by the Worcester cluster commander, Maj-Gen Nomthetheleli Mene and the Wolseley station commander, as well as station management,” said Potelwa.

Matakata checked the geographical layout of the informal settlement as well as socio-economic factors that contribute to crime. Some of the issues that left her concerned were the poor lighting of the area, the lack of ablution facilities, high unemployment and substance abuse.

Matakata promised to make a follow-up visit where she hoped to “interact with the community and local leadership”.

Anyone with information on the murders is urged to contact Det-Sgt Pieters of Wolseley police on 079 894 0195.