'We must nail them like the Hawks': Nzimande defends NSFAS decision to defund 5,000 students 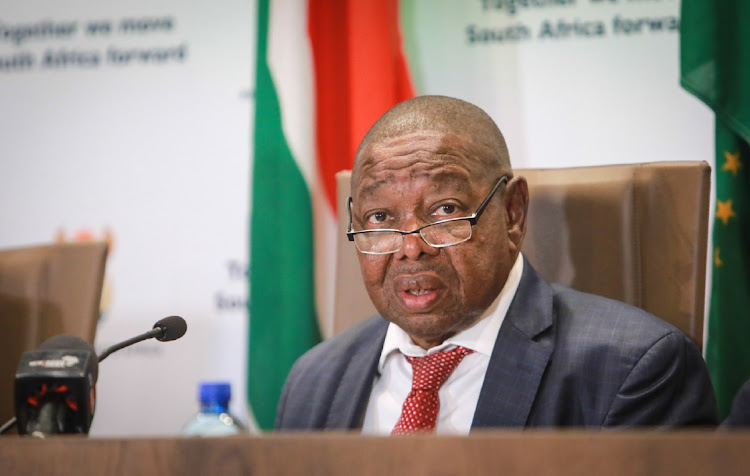 Higher education minister Blade Nzimande says the government will not tolerate corruption of any kind - and students are not excluded from this.

The scheme announced in August that the students would be defunded for the 2020 academic year after financial information obtained from the SA Revenue Service revealed their declared total household family income was above the R350,000 threshold.

Speaking during a meeting with the portfolio committee of higher education, science and technology, Nzimande said the government cannot turn a blind eye to corruption when it is committed by students.

“We’re not going to tolerate corruption, whoever is doing it. We can't say because they are corrupt activities done by students then we throw some kind of revolutionised solidarity with them,” he said.

Nehawu on Friday submitted a presentation to a parliamentary portfolio panel on multiple allegations of maladministration at the National Student ...
News
9 months ago

“The fact of the matter is that the NSFAS discovered there are students who lied about their family income. We must nail them, just as the Zondo commission is nailing people, just like the NPA [National Prosecuting Authority] and just like the Hawks.”

Nzimande said the government can’t want to appear to be revolutionary by tolerating corruption in sectors.

“As a caring government, we said it may be possible that among these students, there are those whose circumstances have changed, either because of Covid-19 or for other reasons,” said Nzimande.

He said defunded students were allowed to appeal the decision to have funding restored. The students were given 14 days from the date of issue to petition the decision by submitting proof of family income or change of income to NSFAS for review.

“We can’t say we are fighting corruption in the whole of society except where students are involved. We’re going to have problems,” said Nzimande.

He said if the government was going to tolerate corruption from students, then Walter Sisulu University student Sibongile Mani, who received R14m from NSFAS due to a system error in 2017, should have been left alone “in the interest of so-called revolutionary solidarity”.

“I am not going to be apologetic. There are many poor children who come from parents who have nothing, who are very bright and who might not have benefited from NSFAS because there are students who come from better families who are smart enough to cheat the system.”