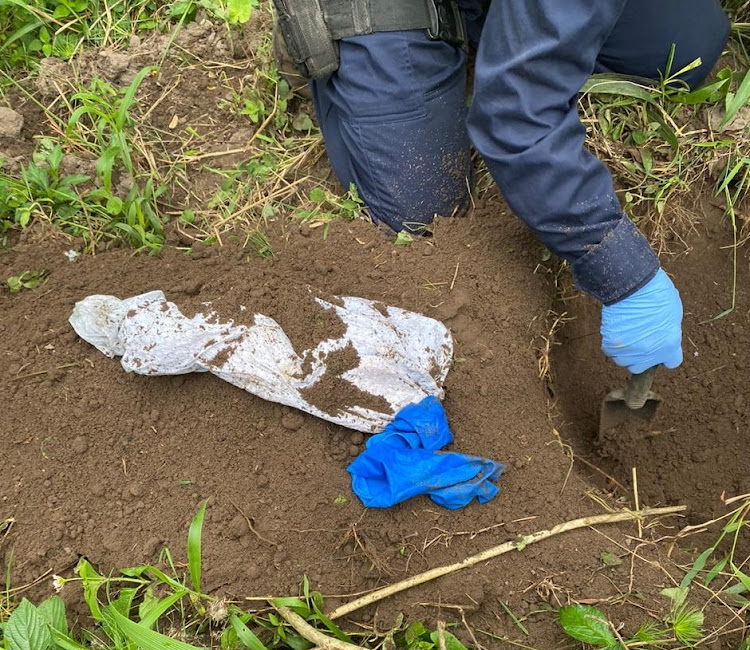 A foetus wrapped in a linen saver was dug up from a shallow grave in KwaZulu-Natal on Tuesday.
Image: SAPS

A foetus was uncovered in a shallow grave on the KwaZulu-Natal south coast on Tuesday morning.

"K9 Bear was utilised at an area pointed out by an eyewitness, and after a positive reaction the area was carefully dug open and a foetus wrapped in a linen saver was found in a shallow grave."

Gwala said the foetus was handed to forensic pathology services at the scene.

"A concealment of birth docket was opened at the Hibberdene police station."

Police are looking for a young Cape Town mom in connection with a concealment of birth case after she left her foetus in a hospital bathroom after ...
News
1 year ago

HPCSA lets anti-abortion doctor off the hook after complainant withdraws

An anti-abortion doctor, who was prohibited from practising medicine for three years, is off the hook after the Health Professions Council of SA ...
News
1 year ago

A mother to be spent six days carrying her dead unborn baby inside her womb while waiting for open space in Gauteng hospital’s theatre.
News
1 year ago
Next Article