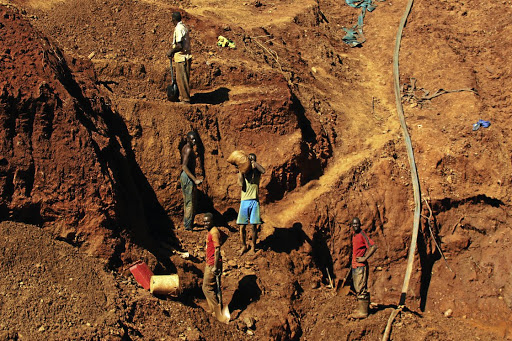 Gold found in a passenger's luggage has a street value of US$276,000.
Image: Reuters

A mining boss in Zimbabwe has been arrested on allegations of attempting to smuggle 6kg of gold to Dubai.

Miners Federation of Zimbabwe president Henrietta Rushwaya, 53, was arrested at the Robert Mugabe International Airport after scanners discovered the mineral in her hand luggage.

“The ZRP confirms the arrest of Henrietta Rushwaya at RGM International Airport this afternoon after scanners at the airport checkpoint indicated that there was something in her hand luggage,” police said in a statement.

The Zimbabwe Miners Federation is an association of small-scale miners, also known as artisanal miners or “zama zamas”.

According to the police charge sheet, there was a tip-off about Rushwaya’s intention to smuggle gold to Dubai and her movements were being monitored by detectives. Her bags were scanned and purified gold was found.

Upon being questioned, she said she was just a runner for a person called “Ali Japan” and was meant to drop the bag at Dubai Airport where an unnamed individual was going to receive her.

Small-scale miners account for 60% of gold deliveries to the state but they are also accused of smuggling gold to SA en route to Dubai.

According to government estimates, gold worth at least US$100m is smuggled out of Zimbabwe every month. Addressing small-scale miners in August, finance minister Mthuli Ncube said the government was aware of the transit routes of smuggled gold.

“The sector has potential to contribute much more if we can curb the leakages. The government is going ahead with implementing interventions to curb the smuggling of gold to Dubai through SA,” he said.

Rushwaya, who is also a member of the ruling Zanu-PF, is no stranger to controversy. As Zimbabwe Football Association (ZIFA) boss she was the mastermind of Asiagate, a match- fixing scandal in 2012. The Zimbabwe national team would play in obscure tournaments in Asia where players and coaches received bribes to throw matches. She was handed a lifetime ban from football.

This has resulted in a loss of supply to a substantial portion of Welkom since 8pm on Sunday.
News
1 year ago